Showing posts from July, 2015
Show all

Forced Sterilization in East LA Focus of 'No Más Bebés' 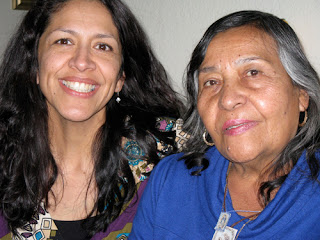 by Abel Salas “It was one of the first papers I wrote in grad school,” says Dr. Virginia Espino about her research with respect to a lesser known chapter in the history of LA’s medical establishment. She could never have imagined, she says, that her work towards a doctoral degree in history at Claremont University under the supervision of Professor Vicki Ruiz would become the cornerstone of a powerful new documentary film. The film, No Más Bebés , is an in-depth look at a landmark lawsuit filed in 1975 on behalf of Mexican immigrant women who had been sterilized by physicians at Los Angeles County Hospital. The sterilizations, according to court records and the unpublished ruling were deemed legal because of a population control mandate from the highest echelons of the U.S. governmental and policy institutions. It was the inevitable legacy of a eugenics movement stretching back to the early 1900s that viewed the fertility rate among people of Mexican origin as a potential problem th
Post a Comment
Read more

A review/manifesto by William Alexander Yankes   Where's home? This is the film’s central question. Within this notion of belonging, of being, and the deeply anguishing frustration of becoming lies an ambiguous and worse, a slippery sense of identity. This is implied in the film’s subtext. It can also be read in the leading actress’ gaze that a generations-long conflict filled bi-national political history has created a form of apartheid between Anglos and marginalized US Mexicans. This slow-simmering social development is itself a form of rot in a population that has lived and migrated for centuries across this land, an anthropological pattern that pre-dates the nation state and the still-wounding 1848 US-Mexican border clash that has spilled over to present-day economic, drug trade, cultural ghetto-izing and migration complexities. Unstated but etched in the collective consciousness, these issues fester in “Pocha’s” psyche. Verónica Sixtos plays Claudia, a Mexica
Post a Comment
Read more

July 15, 2015
Special to Brooklyn & Boyle by Alan R. Diamante, Diamante Law Group APLC From the lyrics of a Rage Against the Machine song, and an unambiguous message to the United States’ government: “You’ll never silence the voice of the voiceless!” Asylum cases claiming persecution by the gangs or cartels in Central America and Mexico are being filed and won by human rights advocates. This is the case notwithstanding the procedural obstacles created by the Department of Homeland Security (DHS) and the reluctance of immigration courts and asylum officers to grant asylum. On the other hand, many cases are also being lost due to a failure by well-intentioned advocates to gather the necessary facts and to properly structure the legal theory or theories in support of each claim. Present day gang violence can be partly attributed to the Salvadoran civil war. Monsignor Oscar Romero, Archbishop of San Salvador, denounced moral crimes committed against civilians by the repressive Salvadoran govern
Post a Comment
Read more

Anything But Aleluyas: Part Two 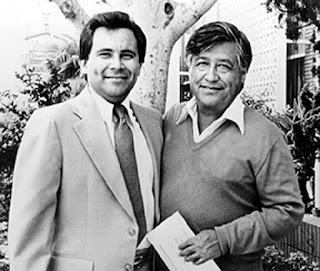 Senator Richard Polanco and Cesar Chavez in 1986. by Felipe E. Agredano, MTS & Milca Montañez-Vizcarra, MA In the final stages of her life, Sally Marín, now Sally Ruiz Torres by marriage, still a member of the Apostolic Church, shared her account of being Chávez’ first corresponding secretary at the Madera C.S.O, along with her father Rev. Mariano Marín.  Marín, an immigrant himself, a migrant farmworker and railroad worker also assisted the community in immigration matters. Pastor Marín did so, as Chávez recalls in La Causa , from the back house of the Madera Apostolic Church at the corner of 900 Madera and Lincoln Avenues (1940 US Census, 1946 Madera City Directory and Southern Pacific payroll ledger). Together, the Marín daughter and father team organized, stood by and voted along with Cesar one decade before mainline white ministers, Jewish and Catholic leaders came to Chávez’ aid. Aside from Chávez’ autobiography, the loud Apostólica Latina or Pentecostal voices that s
Post a Comment
Read more 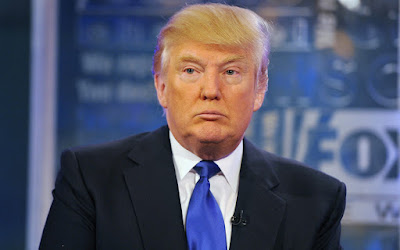 Pete Wilson.  Donald Trump.  Just two examples of people in very important positions in our society who have misjudged what the “Hispanic Market” is and isn’t. Their big mistake was not understanding the differences among Hispanics and lumping Latinos into one group as a single, monolithic constituency.  In my opinion, this is a very myopic view convenient to political expediency. They may have gotten this idea from early attempts to reach Hispanics with Spanish-language translations of commercials aimed at awakening the “sleeping giant” for commercial purposes.  “Sleeping giant” was how the nascent Hispanic community was referred to in the early 1980s. In the political arena, Viva Kennedy! ,  Viva Nixon! , Viva this or viva that, was all that seemed to be needed to improve your showing among Hispanics. The sleeping giant seemed to complacently lumber along, never really getting too excited about anything. At the time, Hispanics were dismissed as a niche market and political h
Post a Comment
Read more
More posts