Showing posts from May, 2018
Show all

David Flury: From the Halls to the Walls 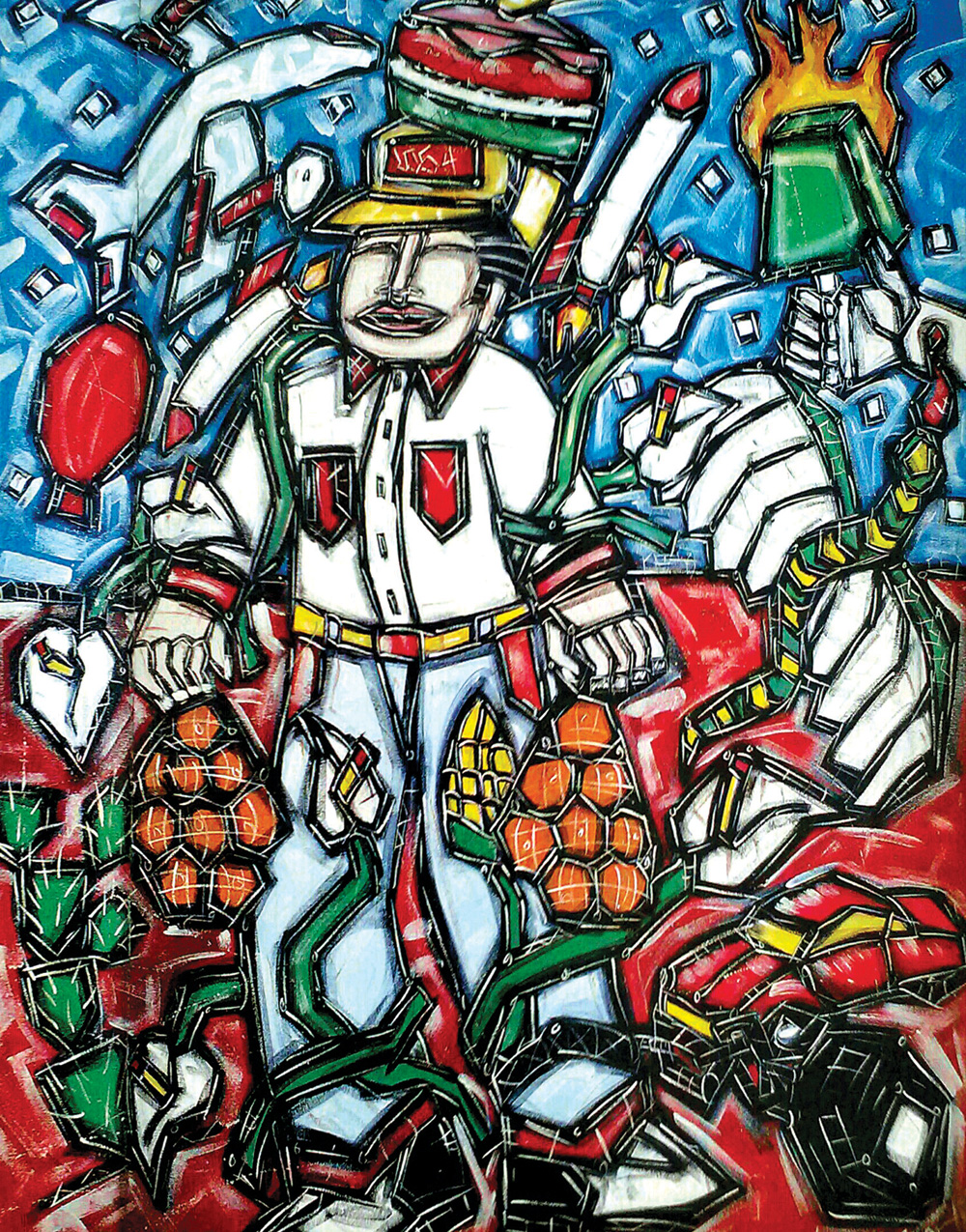 Freeway Man and His Sack s, Mixed Media, 6' x 6,' collection of Cheech Marin. by Abel M. Salas David Flury is a Chicano artist. He will say so himself. He won’t say much about the early years he spent attached to a life on the streets of South Central. He will only acknowledge that it was based on loyalty to others. And it was what he did to survive during a time when he and his contemporaries felt compelled to prove they were beyond hope, beyond fear and capable of conducting themselves with no remorse. It is not something he cares to uphold as virtuous or worthwhile. He could have, like many of those he grew up with, been a less than memorable casualty or a permanent resident in one of the state’s penal institutions. His father, he says, was from the deep South and white. “But my mother was from Guatemala,” he shares in a comfortable office at the Goodwill Industries complex in Lincoln Heights where he has worked part-time for some 14 years. The trajectory of his
Post a Comment
Read more 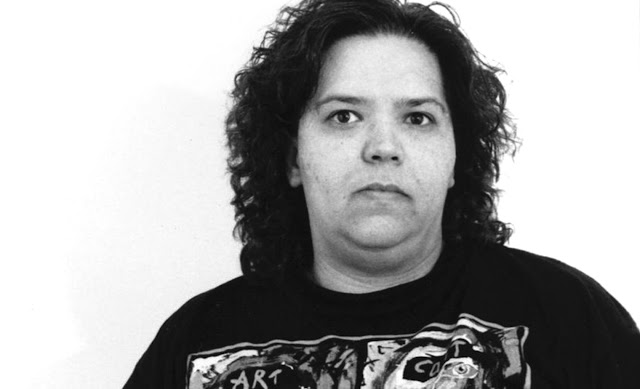 Detail from Aguilar's self-portrait in Don’t Tell Her Art Can’t Hurt (Part A) 1993. (Laura Aguilar / UCLA Chicano Studies Research Center) by Gabriela González To breathe in the streets of Los Angeles is to discover a blood bond with the cultures that, while not as ancient as the land itself, were tied to it for far longer than recorded history. Being present in this place, in the here and now and in the back when becomes an experience in truth-telling. I’ve fallen in love as a photographer myself with the essence of this heavy nexus. They say falling in love is like walking into a room blindfolded while waiting for a picture to arrive in your head. Others swear the secret to love is in the journey and the yearning for life. After ten years of prolific shooting in analog and work that approximates photojournalism, I’ve noticed I feel tied to places that speak discreetly of their native art. My father bled through the heaviness of this city with his hands tied to the crop,
Post a Comment
Read more 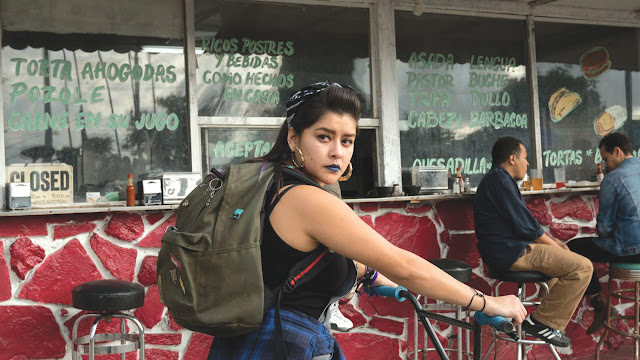 Marisol (Chelsea Rendón) fights Eastside gentrification in Vida . (Erica Parise / Starz) Review by Alci Rengifo Vida follows two sisters as they deal with loss and class conflict in the Los Angeles community of Boyle Heights. This new, vibrant episodic drama from Starz brings a Latinx face to the recent batch of urban-themed shows. In the spirit of recent titles like Dope and Atlanta, it journeys into corners of the country mostly ignored by mainstream television, telling their stories with style and gritty realism. Here, gentrification and the culture clashes that can take place within a community propel a narrative that also features universal themes. But for many viewers this will be the show to watch to understand the lifestyles, struggles and cuisines of that Chicano part of Los Angeles where you really need to polish your Spanish and... your Spanglish. As the series premiere opens, an aged woman named Vidalia drops dead on a bathroom floor. We are then introduced t
Post a Comment
Read more 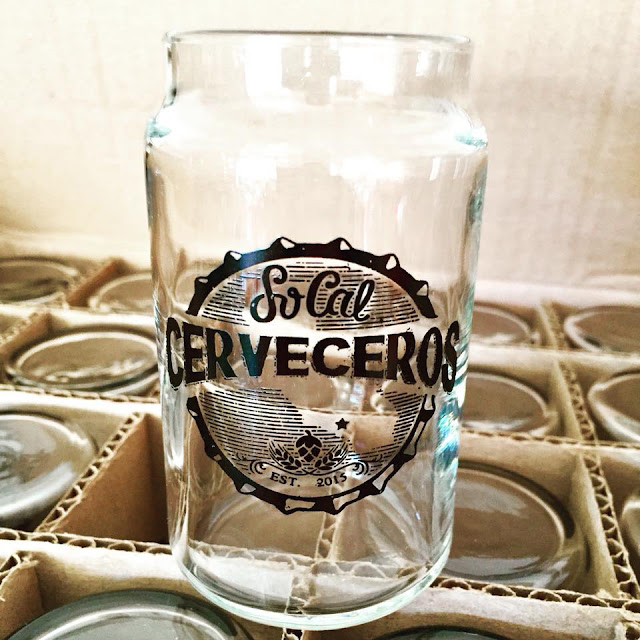 by Abel Salas On May 12th, over 20 artisan beer makers and hundreds of craft beer aficionados will gather in East L.A. to celebrate Latino homebrewers and sample their frosty, thirst-quenching concoctions at COLDCHELA 2018. Organized by the SoCal Cerveceros Homebrew Club , the first-ever homebrew craft beer celebration to be held on L.A.’s Eastside will feature tastings, unlimited pours while supplies last and a range of homebrew samples, a food court, DJs and live music. The participating “cerveceros,” or homebrewers, explains SoCal Cerveceros spokesperson Richard Estrada, will also be competing for two principal honors being awarded at the event. All ticket-holders, he says, will have the opportunity to vote for their favorite craft beer from among the artisanal brews available to guests. A “People’s Choice” trophy will be awarded to the brew crew that collects the most votes from festival-goers. Another trophy will recognize a homebrew based on the total score tallied fro
Post a Comment
Read more 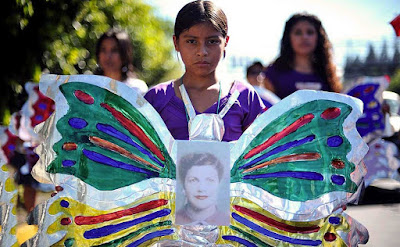 Editorial and Analysis by Alci Rengifo In 1537, Pope Paul III issued a papal bull declaring that the Indians of the newly-colonized Americas were indeed human beings, complete with a soul. As the Spanish Empire eagerly doubled down on its conquest of the Americas, the Pope figured it was good manners to recognize Europe’s new subjects as people. In 2018, the blonde imperator of the west has decided to take a different tack and declare that 200,000 Salvadoran inhabitants of the U.S. imperium are not worthy of living and working here. In early January, President Trump announced that he was ending the  protections bestowed by the Temporary Protected Status program for Salvadorans allowed into the country following an earthquake in 2001. In the style of those old Roman edicts, Salvadorans still in the country under TPS must leave by September 9, 2019.The Donald has some sort of obsession with El Salvador as of late. The tiny Central American country had the distinct honor of bein
Post a Comment
Read more 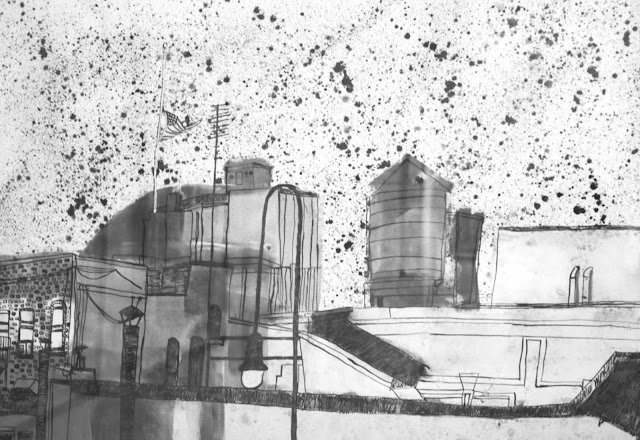 Roberto Gutiérrez, Rooftops of New York , 2017, Sumi Ink, gouache. by Abel M. Salas Roberto Gutiérrez is one of only four artists whose work has graced our print edition front page more than once in nine years of modest yet big-hearted micro-publishing experiment. Although criteria for cover art selection are largely undefined, they have never been scattershot. Occasionally tied thematically to a general thread running through an issue, covers have just as often been seasonal or inspired by hallmark calendar holidays. Some were, I readily admit, heartfelt efforts to express my gratitude to particular artists, including one whose friendship I cherished, another who had not taken sides during a break up between me and a significant other, and one who had never once mentioned the cover in the sixteen years we had known each other. At one point, I even offered the cover  to a universally admired—and deservedly so—artist who had come to cat sit for me when a death in my family too
Post a Comment
Read more
More posts