Showing posts from December, 2020
Show all

African Americans N Boyle Heights ~ We Were There 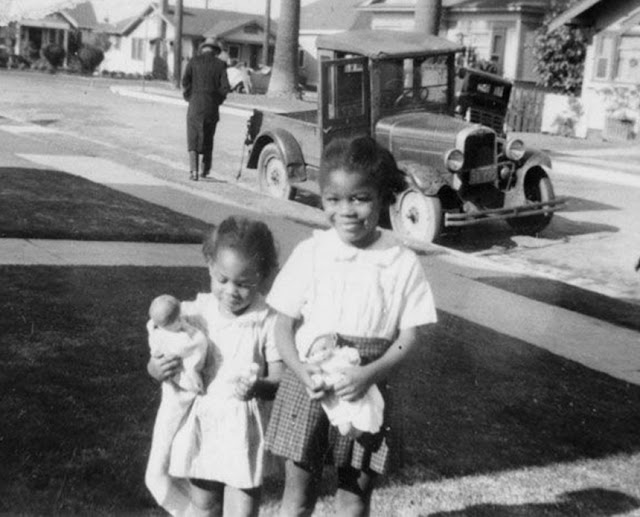 In the 1920s, Boyle Heights was a multi-racial and multi-cultural community. Photo courtesy of Pinterest        By Shirlee Smith The Rhinehart story is taken from 1988 writings by Richard and Melvin and given to Bernice Pickett Smiley. When the Rhinehart family moved; just to the next block on the same street, two of the older boys, along with a couple of cousins, acted as official movers—no need for a truck. They simply pushed their family piano down Boulder Street to their new dwelling. This action may not be a common occurrence these days, but it wasn’t out of the ordinary for folks back in Boyle Heights, because our families frequently moved just a stone’s throw away from where we’d been living. Or in the case of the Rhineharts; just a piano push away. The family patriarch, Laurie H. Rhinehart, was born in Hickory, North Carolina, in 1902 and joined the Navy during World War I. In 1920, while stationed in San Pedro, California, he met and married Frances Brown. France
Post a Comment
Read more

Late astrologer and iconic TV personality Walter Mercado is the subject of Mucho Mucho Amor a new Netflix documentary. By Alci Rengifo For the average Latinx millennial Walter Mercado was a constant presence on the living room television. The late Puerto Rican psychic left his mark on ’90s Spanish-language television as a trailblazing cultural figure, known more for his flamboyant charisma than his horoscope readings. Mucho Mucho Amor: The Legend of Walter Mercado , a new documentary on Netflix, charts Mercado’s rise and eventual fall, as well as his emerging place as a Latinx queer icon. Directors Cristina Costantini and Kareem Tabsch, along with producer Alex Fumero, approached the project as both objective filmmakers and Latinx artists who grew up with Mercado as a constant pop culture presence. The three recently shared about how they came about making a documentary about a man who had been so present in Latin media before suddenly vanishing. “We all grew up watching Walter with o
Post a Comment
Read more
More posts