Showing posts from October, 2017
Show all

Epic and Searing 'This Land' is Essential L.A. Theater 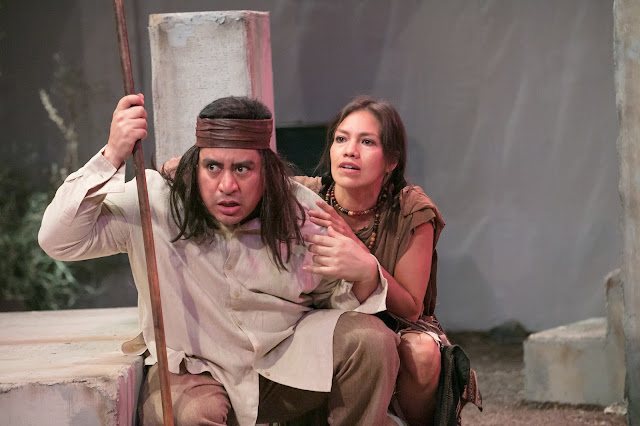 Richard Azurdia (l.) and Cheryl Umaña in This Land . Photo: Grettel Cortes Photography by Abel M. Salas What would you do if you were commissioned to write a piece addressing the demographic shifts in L.A. and told to pay especially close attention to places like South Central, Watts and Compton? If you were advocacy lawyer-turned-playwright Evangeline Ordaz and were asked to author a new play for the most prestigious civic theatre in L.A., you would dig. You would draw deeply from the well of unspoken and buried history. You’re assiduous research would take you to places, events and hard, cold truths those well-intended arbiters of culture and high art who award commissions might not have expected, or even cared to be reminded of. Oh well. If you were Ordaz, you would know, instinctively, that whatever considerations lay behind initiatives branded with terms such as “outreach,” “diversity,” “audience development,” “new voices,” “opportunity,” or “enrichment,” writing a play
Post a Comment
Read more 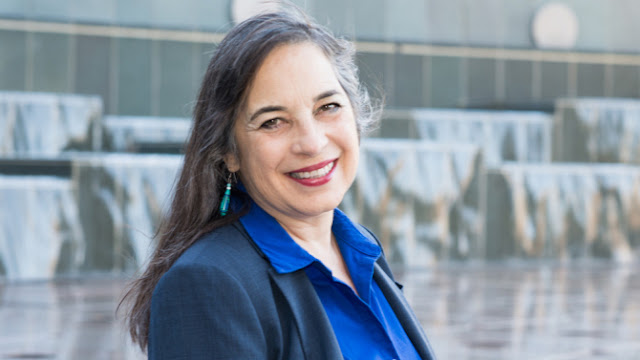 Grand Performances, L.A.'s beloved downtown performing arts series, now led by Mari Riddle. by Abel M. Salas Nestled discreetly among a slew of buildings at the top of Bunker Hill in downtown Los Angeles, California Plaza Watercourt is invisible to those driving by. Bordered on three sides by Grand Ave., 4th St. and Olive St., respectively, the hodgepodge of structures which shield the open-air urban retreat includes, among others, a pair of office towers, a hotel and the upper terminus of the city’s 116-year-old Angel’s Flight rail car service, which ascends at a sharp, 33-degree angle for nearly 300-ft. from its base at Hill St., one block to the east. First-time visitors who brave the steep, two-story escalator ride up from 4th St at Olive are often surprised to discover such a generously apportioned public space tucked away at the summit of the well-known topographical landmark that gave its name to a downtown neighborhood once synonymous with the mystery, intrigue, mur
Post a Comment
Read more 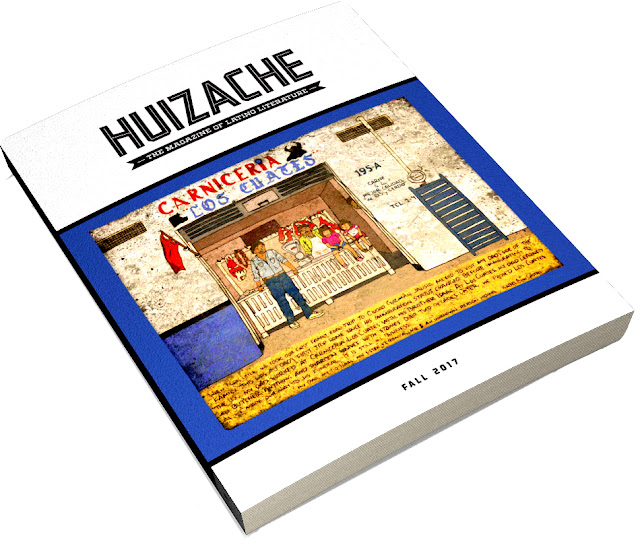 by Alejo Sierra HUIZACHE has become, according to several among its small crew of editors, designers, proofreaders and support staff, the nation’s leading Latino literary magazine, easily home to world-class poetry, fiction, and essays from the original American West. Subscribers and long-time readers of the seven-year-old publication are thrilled, they say,  at the launch yet another blockbuster issue featuring writers from the established Latino literary cannon and, as always, new voices with cutting-edge talent impossible to ignore.   “Today, the West and Southwest are exploding with art and culture rooted in centuries of tradition and fueled by history and a new contemporary culture. The cities that once circumscribed our western frontier—El Paso, San Antonio, Chicago, Denver, Tucson, Austin, San Francisco, Juárez, San Diego, Fresno, and Los Angeles—are pounding with life,” says HUIZACHE founding editor Dagoberto Gilb, an acclaimed writer who also directs the CentroVictor
Post a Comment
Read more
More posts