Showing posts from August, 2020
Show all

The Case to Expel Trump 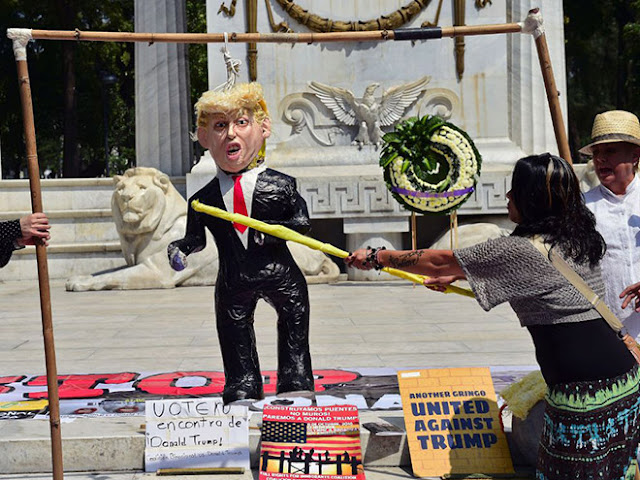 By Dr. William Alexander Yankes We live in a scalding time of crisis, but it can be a good thing. Krisis is a Greek term meaning “threshold of transition for choice,” essentially an opportunity for a decision to be made. President Donald Trump’s dismal governance has brought us to a frightening juncture of annihilation or survival. It is up to us which path we take. Our nation’s 45 th president made no attempt to dissimulate his authoritarian and baldly fascist bent when he sent federal forces to stalk the streets of Portland, Oregon and other cities in which news of racially unjust policing had triggered mass protest and civil unrest. By giving plain-clothed federal officers and contracted security agents in unmarked vehicles carte-blanche to assault, kidnap or otherwise detain unarmed civilians and thus stifle political dissent, he expressly attempted to disrupt our democracy. For sometime, he has openly encouraged highly armed militia to attack the very people he was sworn t
Post a Comment
Read more
More posts