Showing posts from April, 2017
Show all

Film on Caravan for Immigrant Worker Rights Screens in L.A. 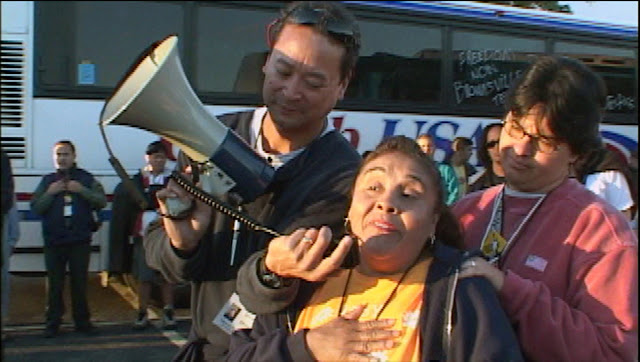 by Rocío Maya Dozens of South East L.A community members gathered on Tuesday, April 11th at the Ricardo F. Icaza Workers’ Center in Huntington Park for the southern California premiere of The Long Ride , a documentary film on the 12-day journey taken by a group of 106 riders from Northern California to the nation’s capital in 2003. Produced and directed by Valerie Lapin Ganley, the 77-minute, Spanish subtitled documentary details the caravan more than 900 immigrants and allies embarked upon from various states and cities across the country. Traveling by bus, the solidarity riders concluded their bold trek with a march onto the steps of the U.S. Capitol in Washington, D.C. where they demanded that immigrant labor be treated with dignity.  The cohort of activists known as the Immigrant Workers Freedom Riders (IWFR) sought to spark the birth of a new Civil Rights Movement for immigrant workers in response to the anti-immigrant sentiment that sprang from the 9/11 terrorist attacks.
Post a Comment
Read more

On Artivists, Anniversaries and the Ascendancy of the Moon 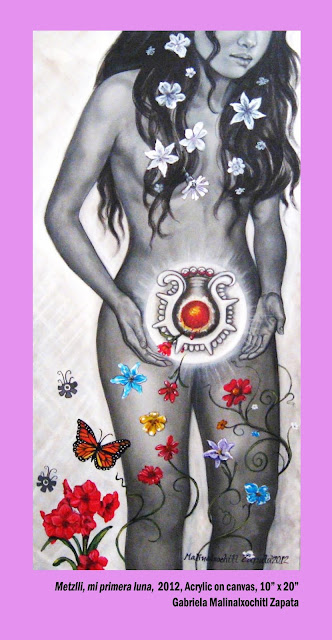 by Abel M. Salas For 20 years, a loose-knit, all-woman collective of artists, activists and exponents of “urban indigenism” have gathered in March and April to celebrate the transformative power of the sacred feminine. From students and family caseworkers to former Pete Wilson protestors; from immigrant rights advocates to youthful staffers at barrio non-profits; from neighborhood stakeholders to LGBT warrior womyn, they assembled each spring on LA’s Eastside to share the unique Mujeres de Maiz expression of modern day syncretism. For you milenios, let me simply say that syncretism occurs when two or more disparate belief systems, often spiritual, are combined to create a blended one that works, a prominent example of this being contemporary danza azteca, which often venerates Catholic icons such as the Virgen de Guadalupe. Many in the early Mujeres de Maiz class of cohorts had come of age under the Bush presidency and equated it with the worst aspects of warmongering patriarch
Post a Comment
Read more 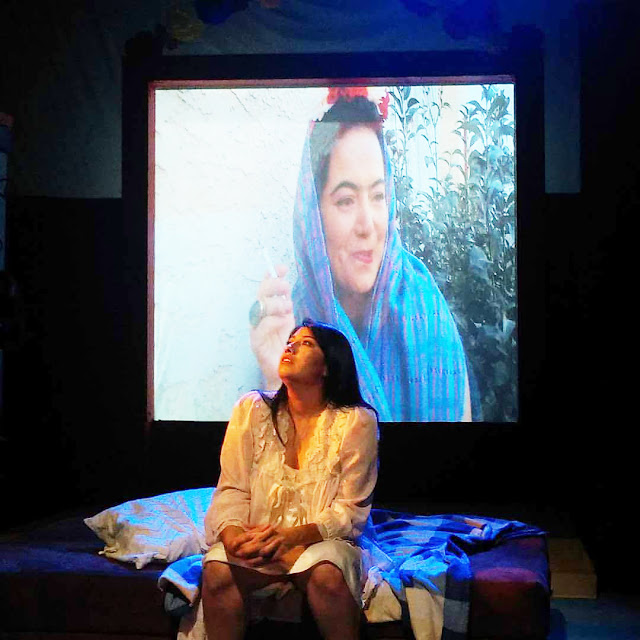 Mamie Aldama (bed) and Mari Mercado in "Atrapada y Perdida," from Su Frida Caló. Photo: Nadia Andrade. Review by Alci Rengifo Frida Kahlo has joined the pantheon of immortals commodified by pop culture. The great Mexican artist stands by Che Guevara, Emiliano Zapata and Mao as one of those historical figures who graces t-shirts, soda bottles and bags to be paraded by trendy types unaware of the history behind any of these names. But a new, blistering theater marathon by the group Chicanas, Cholas y Chisme over at Casa 0101 Theater makes an admirable attempt at capturing not only details of Frida’s life, but the actual spirit of what she represents timelessly in our own era. In a recent run from mid-March - to mid-April run, the show—titled Su Frida Caló under the guidance of artistic director Josefina López—presented a collection of 21 (yes, you read that correctly) plays written and directed by women playwrights and directors. Each of the 21 pieces either interpret
Post a Comment
Read more

I'm From Boyle Heights... And I'm Running for Congress 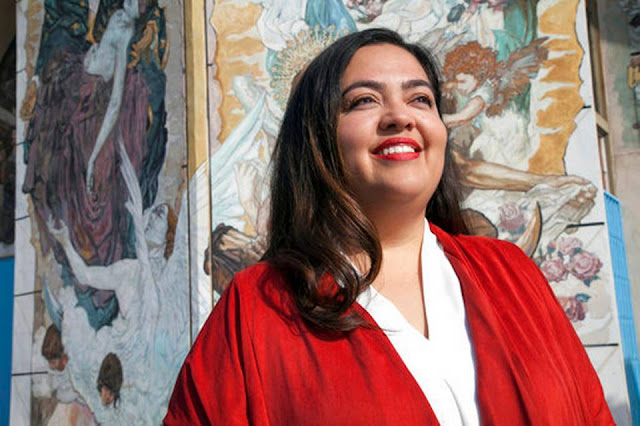 Guest Editorial by Wendy Carrillo My name is Wendy Carrillo, and I’m running for Congress in the upcoming Special Election being held today, on April 4 (yes, that race with 23 candidates running—and a write-in). The people of our community have a tough choice thas they make their way to the polls. There are a number of qualified candidates in the race. Many are young, progressive women, and people of color. I’m proud to be in the field alongside so many qualified candidates. And it is my hope that the voters of U.S. District 34 will make their vote count. My story is the story of millions who are seeking the American Dream. I was born in El Salvador and I came to the US during the civil war when I was five years old. I am an unrecognized refugee, and, like many children who fled violence and continue to flee as unaccompanied minors, I was undocumented. My new life began in the neighborhoods of Boyle Heights and City Terrace. I was fortunate to have a pathway to residency and
Post a Comment
Read more
More posts