I thought I was drowning. I tried to suck in air, but not enough would enter my lugs. I felt a tight pressure on my back, almost like a piercing pain. "I must be drowning..." I thought to myself! I opened my eyes to see where I was, and in the dimly lit outlines of my surroundings I remembered that I was on my bed at Oasis of Hope Hospital. I glanced at the bed next to me and saw my mother sleeping. I realized I was stuck in the twilight between consciousness and sleep, and the reality of the situation began to come back to me. I was not drowning in a watery place... I was drowning in the emotion of my current situation. I woke up from my drowning dream and remembered, "oh yes, mom is here at the hospital... she has a fever... she's nothing like I know her to be normally... and she has a pancreatic cancer... and I can't handle the situation... and I am alone."

I got up and popped one of my mom's Vicodin pills to numb myself and to rid myself of the piercing pain in my back and my shortness of breath. A wise mentor once told me, "take your Ativan and hold the consciousness," and although I don't like drugs, this was the time to take something. Anything! I waited for the Vicodin to work on my aching body and mind. And I remembered That in this troubled moment, God was still here. Somewhere.

My mother Lilia and I had been living at Oasis of Hope Hospital in Playas de Tijuana, Mexico for the last 11 days. Two months before, she had steadfastly received a diagnosis of pancreatic cancer. I sat next to her as Dr.Farrell at UCLA told her the news I translated. In her limited English, she told him "no chemotherapia, y no radiation, doctor." We sat calmly and then decided to go for Thai food.

In the ensuing weeks, she decided that she would live larger and do the things she had never done before, such as becoming an actress or exploring the oceans in a yellow submarine. A few weeks later, she manifested those tow goals specifically. We took a short underwater journey in a yellow submarine off the coast of Santa Catalina Island. Mom squeezed her ample body down the narrow spiral staircase into the long, thin body of the yellow submarine. She peered out of the thick, round windows and was awed by the sigh of fish and sea kelp lit up by the sun's rays.

A few weeks after "dive" in the yellow submarine, she landed a very bit part in a TV series titled "East Los High," where she took on her first-ever acting role as a customer in a Mexican restaurant. Lilia sat in wonder, observing every detail of the shoot. She was fascinated  and enthralled by the endless takes and by the actors' talents. She was spellbound by the meticulous and laborious set-up of each scene. She became friendly with all the actors, and a number of them complimented her on her "performance" which required her to pretend to eat a plate of beans and rice. The producer, young woman, told her that she "looked great in the scene," and mom took that to mean that she had talent and a possible future in acting.

After the shoot, she declared passionately that if she could start her life over again, she would be an actress and a singer! The next day, she recounted her acting experience and the producer's compliment to as many friends and family that she could reach by phone. She gushed on about how much she loved acting and being on the set, declared proudly that she was ready to take on any role, even those requiring love scenes if necessary! At 77 years of age, she had finally realized her life's calling! Tonight, mom and I are back at Oasis of Hope Hospital where she is undergoing her third round of alternative cancer treatments. We have spent four weeks total at Oasis of Hope. Today, she been hooked up to her IV for most of the day, as she receives various medicines designed to enhance her immune system and to create an environment that impedes the growth of cancer. Some of these infusions cause her severe thirst and a feeling of emptiness in her stomach, but despite these discomforts, she has been singing most of the day.

Mom sang to Gilly (pronounced "gee-yee") the nurse as she was getting her blood drawn and offered her advice and encouragement to the other patients in thee room. Later, as she lay in her bed wearing her blue housecoat, her hair askew like a scared bird (her words), her mouth dry as paper from the large infusion of vitamin C, she sang "La Barca de Oro" to our friends Nery, Gladys, and their sister Doris.

They wiped away tears as mom sang "Adios para siempre, adios" (goodbye forever goodbye). She chose this love song out of the blue for no particular reason but her passion for the song moved our friends so much, they could not hold back their emotion. 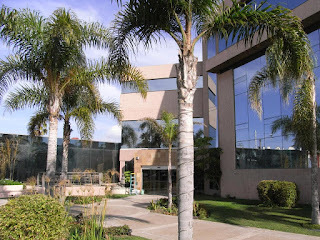