Today’s patriots make self-deprecating jokes about their height and use sports analogies to describe the depths of the foreclosure crisis and the devastation it has caused across the country. Others have floppy salt and pepper hair that rivals my fourteen-year-old son’s worst bed head.  These patriots work at the White House, 2,700 miles away from us. Their names are not household names, but the policies they fight (in less partisan times I would have said ‘work’) to implement and to block have everything to do with our future as a nation. There was no compassion deficit in evidence when I, along with housing advocates from across the country, met with and heard from the President’s economic team, I felt reassured that their hearts and our hearts were in the same place.

I came away knowing that the compassion deficit in Washington, DC is squarely in the hearts of Republicans. When we readied ourselves to lobby on the hill, we were remindedthat
moral arguments do not work with Republicans and that we should stick to the numbers and not share our
families’ stories. In their eyes, the families that East LA Community Corporation is helping to stay in their homes and community are the bad actors, not the banks.  Families in our community embraced the American Dream and became homeowners.  As our economy sputtered, largely the result of Bush era economic policies, they lost their jobs or saw their hours cut.

HUD certified foreclosure prevention counselors are the first responders in this housing crisis. They are doing everything they can to keep families in their homes and to keep our neighborhoods from deteriorating. Over the last five years, ELACC has counseled hundreds of homeowners.  The tools provided to us by the Obama administration have been weak and ineffective in the face of the banks and their limitless resources and demands for profit. The AG Settlement and new servicing standards from the Consumer Financial Protection Bureau (CFPB) should strengthen these tools and lead to better results for beleaguered homeowners. 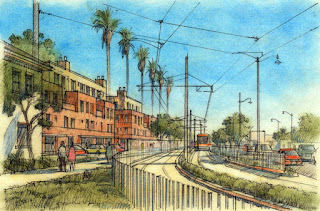 When we met with Gene Sperling, Director of the National Economic Council under President Obama, he didn't tell us what we wanted to hear, he told us the truth. He told us that we are engaged in a battle that will determine the future of our country. This is a watershed year, it really is. We will be able to point to 2012 as the year that we got the country back on track or the moment that we lost our way.

This conversation may feel hyperbolic to some and that is because we live in a blue city, in a blue county in a blue state. If you are like me, you rarely socialize with people whose political views differ significantly from your own. I enjoy my bubble and occasionally rail against the right in my Facebook posts. I am a native of East LA and all my people live here.

Many Angelenos are refugees from a red county or a red state. Maybe you are one of these refugees. If so, it is important that the family and friends you left behind know how important is for the democrats to hold on to the White House and pick up congressional seats. Our public servants are spending their time limiting the damage caused by the other side, when we need them to grow the economy in a way that reaches every economic stratum in America.

Four years ago, I spent time getting out the democratic vote in Nevada, I was fired up and ready to go. This year my enthusiasm had been waning, but when I met and heard from Gene Sperling, my hope was rekindled. We need to get our country to get back on track and we need these next four years to really get it done.