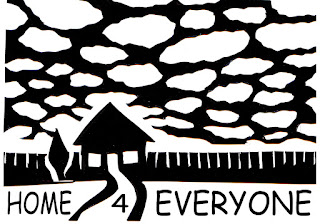 “The idea for the benefit art and music show came from Margaret García,” says Nataasja, Saint-Satyr, a Lincoln Heights-reared artist, curator and vocal performer. Saint-Sinclair met the internationally recognized Chicana artist over a decade ago while still an art student.

Understandably, Saint-Satyr counts García among her mentors and feels grateful that the well-known painter has tapped her to run with an idea for a benefit art exhibition and concert that has origins in García’s 2010 “Stamp Project.”

“Prayers from Los Angeles Art & Music Benefit Fest,” the widely anticipated inter-disciplinary event Saint-Satyr refers to, will take place on December 5th at Casa 0101 in Boyle Heights. Its predecessor, the “Stamp Project: Creating Cultural Currency,” was a traveling exhibition and cultural event which evolved organically from a concept that arose from within an informal art collective known simply as a “Circle of Women” and organized by García.

The concept, she explains, was based on “bringing together artists, poets, musicians, print-makers and individuals with little to no artistic background to create a stamp image that would be in support of health, love, creativity, generosity, forgiveness.”

The stamp images, which were produced as affordable fine art serigraphs were exhibited at both Avenue 50 Studios in Highland Park and ChimMaya Gallery in East LA to great success. “We started as ‘Circle of Women’ but then settled on just calling both the group and its work, ‘Creating Cultural Currency,’” explains García.

Saint-Satyr, who has traveled extensively in and out of the U.S. from the time she first met García, is honored to be home again and working alongside an artist who has contributed so much more to the community than simply the award-winning paintings on canvas that now hang in museums and in collections throughout the world, including that of famed actor and cultural icon Cheech Marin.

“She was my student when she was 15, when I still had my studio in Chinatown,” says García of Saint-Satyr. “She’s a force to be reckoned with.” The irony of her comment is not lost, since Garcia, recently lauded by hundreds of guests and more than 50 participating artists as curator of the 2015 Aztlan exhibition at Pomona’s DA Gallery, is often described as a force of nature herself.

The “Prayers from Los Angeles” exhibition extends the philosophy of art as a healing, transformative expression that can effect positive change on both a personal and public level. The idea behind the “Stamp Project” was to give everyday people the opportunity to engage in the creation of art as well as take part in the exhibition experience, García continues. Among those who designed images presented as over-sized postage stamps were both established artists and community residents who were encouraged to attend free art classes and printmaking workshops.

“We’ve never been a non-profit or a for-profit group,” says García of the Stamp Project/Creating Cultural Currency collective. “We were just a circle of women who got together to try and raise awareness and consciousness.” The economic stimulus package put forth by the fledgling Obama administration, in their eyes, had left much to be desired from an arts and culture perspective.

Beyond being a significant part of the economy at local, regional and national levels, art deserves to be recognized for its inherent role in fostering an improved quality of life among traditionally marginalized communities, she states. While art and art education are not antidotes to poverty, García intimates, both are widely understood to be effective elements in strategies developed to help mitigate the negative effects of economic challenges faced by the poor in both rural and urban communities.

“The world is a chaotic place that seems to grow more painful… and more overwhelming as we try to express our concerns,” writes García in a manifesto published in advance of the upcoming “Prayers” project. “As a people, we have a lot of anger, a lot of hurt that we cannot sustain.”

In an effort to address those issues, she and Saint-Satyr have extend an open invitation to anyone from throughout the Greater Los Angeles area who would like to contribute a personal or community concern, hope or positive wish in the form of a small, or miniature “prayer” piece. These small-scale artworks will be displayed at Casa 0101, as part of the exhibition around which the benefit event is being organized.

The benefit festival, which will also include space for artisan vendors, a food and beverage truck, and a small health fair, will take place inside the professional theater founded by playwright Josefina López (Real Women Have Curves). The theater also serves as an inter-disciplinary cultural arts center as the site of the Jean Deleage Gallery, the spacious storefront exhibition space which doubles as a foyer through which the 90-seat theater is accessed.

Over the course of the last two years, García has curated numerous exhibitions in collaboration with the Deleage Gallery, most inspired by and mounted to coincide with the theatrical productions being staged simultaneously. The day-long “Prayers from Los Angeles” exhibition, which will feature a number of more established LA artists—among them García herself, Heriberto Luna, Shea Stella, Javier Herrera, Rodrigo D. Manzano and Brett Doran—will also include musical presentations by Demian Galvez of Centavrvs, the Sound Ministry Gurus and Brian Grillo, among many others.

“We’re opening the doors at 11 a.m.,” says Saint-Satyr “And the music will go from four to seven. And we’re only asking for donations. There’s no cover. Everything collected at the door will be donated to Casa 0101, which is an amazing community non-profit.” The artwork will be offered for sale and 50% of the art sales will go directly to the artists, she adds.

Her hope, she says, is for the exhibition to be a complete experience that integrates art, music and community issues as expressed in the prayer art pieces created by neighborhood residents and visitors, work that will be complimented by a selection of images from “The Stamp Project.” It is equally important, she says, that an emphasis on spiritual, mental and physical well-being be an integral part of that experience.

“Art has the ability to heal. And it can bring people together because it helps us understand that we have a lot more in common than we might think,” Saint-Satyr says. “It’s a beginning. I would love to see it grow.” For her, it is more important that people overcome their differences and realize that communities are stronger when people become aware of the fact that everyone is an artist deep down.

“The community is stronger when we’re united around a positive idea or we surround ourselves and each other with that energy… that vibe,” she continues. “It’s really all about love.”

For more information or to reserve vendor space, visit www.prayersfromla.org.