The Future Looks Good From Here 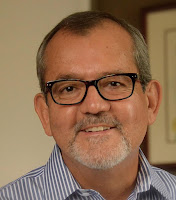 Thank you, Donald Trump. In your zeal for self-promotion and probably because you’re bored with having reached the upper limits of everything that obscene accumulation of wealth has to offer, you have inadvertently focused the spotlight on the most important segment of the U.S. “Hispanic” market: Mexicans. The reason Trump has not felt the full force of what he has stirred up yet is because the voice we, as people who are descendants of Mexican heritage, have needed to respond is only now beginning to gel.  But it’s coming: be sure of that.  And now there is an urgency because we are realizing the scale of our footprint on the US landscape.

Think about it. Singling out Mexicans as the group that has to be feared the most, propelled Trump to frontrunner status among Republicans.  The only time you see that kind of reaction is when you think your power is in jeopardy. The image of a family darting across a freeway after sneaking across the border died with Pete Wilson’s attack on Mexicans in 1994, twenty years and a whole generation ago. Crossing the border since 9/11 is an ordeal if you have proper documentation let alone if you are trying to get here through the hostile Sonoran Desert.  According to a recent report by the Pew Research Institute, more Mexicans are leaving the US than migrating here.

Mexicans are not used to the spotlight.  In fact, we reflexively avoid it.  We are here to improve our lives, to work hard, raise families, make a contribution to society, and we like to do so quietly.  Yes, many of us are here without legal documentation and that inhibits those of us who are documented citizens from doing and saying things that could jeopardize the well-being of vulnerable families in our communities that live, work, study, and play among us. Some of our most popular artists are, in fact, popular because they sing about the common man toiling away in anonymity.

As Mexicans, we are a connected community.  For many of us, there are just one or two degrees of separation from someone who is vulnerable because they are undocumented. We take that seriously and take caution in our vocal pronouncements, and denouncements, of attacks on our community. To endanger one, places us all in danger.

But just below the surface of that public face, there is teeming awareness, interest and debate over what the current conversation around Mexicans is.  Since Trump’s anti-Mexican campaign kick-off, the derogatory and insulting term “illegal alien” is now considered acceptable on every media outlet, including local public radio, a reality that is not lost on us.

You may not be able to grasp what the Mexican community is contemplating because, unless you’re Mexican, you are not part of the conversation.  What is happening in the Mexican community is rooted in a profound understanding based on a shared history, art and culture. This has been going on for centuries. It’s not something that vents on whim, impulse or reaction.

Our shared history with the US began in 1848. This was Mexico so Mexicans were here long before then.  Now, Mexicans have a presence and are building community in all 50 states. You name it, we are present.  Many consider a Mexican's unwillingness to surrender their “Mexicanness” as unpatriotic and grounds for suspicion akin to the same spirit that led to the round up of Japanese Americans roughly 70 years ago and even more astoundingly, proposals for their expulsion.

But Mexicans that I know have a different take.  We believe we can be “very Mexican and very American” all at once.  And now with some 38 million people of Mexican origin enumerated in the last census, we are having an influence on everyday life in the US.  Just look at how products are marketed now.  Cars that speak can speak “Spanglish” on command. Tortillas replace white bread at the dinner table. Salsa instead of ketchup. In every category, from banking to movie box office, if Mexicans are not present in your communications, you’re brand is not engaging with two-thirds of US Latinos.

This is not about “re-conquista” or any such nonsense. In fact, Mexicans intermarry or establish domestic partnerships outside of ethnicity and country of origin more than any other group in the U.S. Conquest, Manifest Destiny, colonialism, war, etc. is not our narrative. That is how the transition from Mexican to American was framed by US historians as part of an expansionist narrative to invoke global dominance by controlling the core of an important and emerging continent with shores on two oceans.  Today, that narrative doesn’t fit with defining the inevitability of Mexican assertion into the U.S. mainstream. We will do that for ourselves.

We first have to work through a few issues, leadership being one of the most pressing. We need leaders that understand this and know how to respond in kind when patently erroneous characterizations are advanced by politically naive candidates trying to scapegoat Mexicans because they feel sure there won’t be a political response, at least not one that the mainstream media will understand.

That leadership, I am happy—and relieved—to report, were raised knowing what Prop 187 all about, and for many, that knowledge helped shape their career choices toward social enterprise and community service. They are young, millennial, US-born, bicultural, bilingual, well educated, smart, connected and tireless in their pursuit of social equity and economic justice. They reject the notion that they are “owed” something, and abhor cronyism and “good old boy” politics.  They invest their social capital in the pursuit of justice and equity.  And for our community, this represents a new breed of political leadership.

If you don’t understand what that means, standby, you soon will.  Across America, this emerging class of leaders will soon take the stage where social change and policy is being debated and proposed.  It is part of the legacy that will be left in the wake of our first biracial, community organizer president, the first and youngest person to win both the popular vote and the electoral college in the 21st century.

It is a shift in paradigm from America’s post World War II narrative. Our new shared US experience starts now, and you will either be on the right side of history or not. Today’s emerging leaders are focused on such things as: community building, establishing a culture of disease prevention, mobility, conservation and climate change and navigating a shared economy. Because they exist in a space where all the information of the ages is a scroll and a click away, they will possess the power and knowledge-based bandwidth to marshal the change that is going to keep America relevant in an exponentially evolving global community.  “Acting locally, thinking globally” was a only a dream back in the day.  These young people live by it.

To these young leaders, the politics of the past are a mere sideshow that is entertaining if not fodder for content that will help frame the narrative that will define what it means to be Latino, and Mexican, in the new America.  The new currency of social capital will emerge and be focused on networking, collaboration, sharing, and identity based on equity and truly blind justice. The future is in good hands, amigos.  Merry Christmas and Happy Holidays to all!

Richard Vásquez lives in Highland Park and writes from the intersection of Marketing and Community Building.  You can reach him at: richard@vasquezassociates.com