Film Review: THE OTHER BARRIO Takes on Gentrification 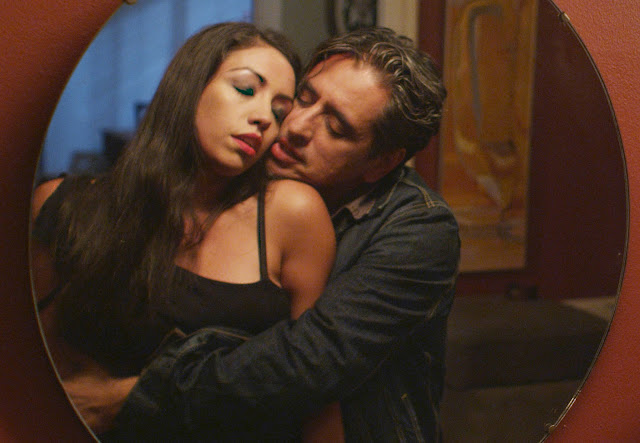 In an age when big budget, multiplex cinema is saturated with special effects behemoths, indie filmmaking is tackling what matters. Such is the case with Dante Betteo’s The Other Barrio, a gritty pulp noir that explores gentrification in San Francisco. Filmed in stylish tones and gothic shadows, The Other Barrio is a detective story with a clear, cutting social message. It also vibrates with a proud Latino identity while celebrating the overall diversity of a city, beset by corporate interests.

The film’s story follows a San Francisco housing inspector named Roberto Morales (Richard Montoya), who finds himself investigating a suspicious fire at a residential hotel in the Latino Mission District. A native of The Mission, Morales laments the take over of his boyhood home by expensive condos for tech workers, this as local residents are being slowly pushed out. Morales suspects the fire, which has killed seven people, can be tied to the multi-million dollar building projects led by the city's greater moneyed interests.

He seeks answers from a powerful woman, whose niece Sofia (Veronica Valencia) happens to be an old flame from Morales’s past. But can Morales trust his former lover? As he uncovers more clues and answers, his life is threatened; those around him become targets; and the city he thought he knew well begins changing shape faster and faster.

The Other Barrio looks and talks like classic pulp. The dialogue—down to Montoya’s voiceover—has a cadence and timbre familiar to readers of work by authors like Philip Kerr and Paco Ignacio Taibo II. Emotions are described with a pumped up intensity, and the tone is like a throwback to the 1940s. The screenplay, by Montoya and Betteo, is based on a short story by San Francisco Poet Laureate Alejandro Murguía (who was raised in L.A. and who plays a small role in the movie). Indeed there is a gritty noir-ish pall even in Murguía's poetry, the way the lines are written and delivered, with a rhythm steeped in Chicano theater.

Betteo and cinematographer Andrew Crighton shoot San Francisco in a saturated, almost neon darkness evoking films like Spike Lee’s The 25th Hour. The photography creates an immersive atmosphere that turns the gentrified streets of San Francisco into a menacing labyrinth full of intrigue. Villains emerge from the shadows with a tension reminiscent of Touch of Evil.

But what makes The Other Barrio stand out is how it tackles a specific social issue head on. The film is unique in how its central theme drives the story and isn’t mere backdrop for action scenes or formula plotting. Betteo, a producer of documentaries, has urgent things to say with this movie. He shows us The Mission and all its corners, we meet the local residents, Chicano murals envelop the screen. The script isn’t shy about calling attention to class and ethnic distinctions with biting humor.

On a Mexican party bus, for example, Morales starts trolling a group of clueless hipsters who like to take selfies with Mexicans, but treat the local culture like some exotic zoo show. In another instance, a white police officer calls Morales a “faggot liberal.” Yet the film also features Latino characters of the corporate, political class collaborating with gentrification. In the world of this film, the issue of gentrification is socio-economic and not just racial. Local organizing is addressed in the story, with Murguía reciting at a fundraiser for local communities at one point, or another scene where residents share heartbreaking stories of being pushed out with no idea of where to go.

The Other Barrio is also a refreshing cinematic celebration of California’s Latino culture. It is a noir where characters drink Chilean wine in local bars, while commenting on Cuban music with the bartender. Betteo also captures the diverse cultural identity of San Francisco with a unique blend of supporting role casting. In one scene, an Asian woman openly wonders with Morales why hipsters are called “hip” when they seek to conform—when in the past being hip meant belonging to socio-politically subversive outlier groups like The Beats.

This is a lucid form of cultural observation you don’t see in higher-nosed mainstream movies that pretend to be revivals of one kind or another, be they film noir or musicals. There used to be a time when major films like Chinatown dealt with the politics and social dialectics of California life through the prism of the genre, but in this age of commercialism, smaller movies like The Other Barrio are saying what the big Hollywood films dare not.

Even when the film’s script veers ever-so-slightly toward the sophomoric, or when plot twists seem too sudden, the movie is rife with such gusto and heart that we forgive its flaws. The performances also feature a sharp authenticity. Montoya has the sad eyes and grit perfectly suited for a noir hero, and Valencia is a spirited dame with a homely touch. Cameos and supporting cast are integrated wonderfully, especially Murguía, issuing a beat-like call to save The Mission.

The Other Barrio is an engaging who-done-it yarn, but it has something to say. On one level, it achieves what a big budget juggernaut like La La Land only aspires to: it revives a classic style in a modern setting, but it does so by truly capturing a city and all its complexities. While easily described as a neo-noir ensemble project, this film shows us the rich and working class, the homeless and the hipsters, the losers and winners. The Other Barrio speaks with a style from the past, in a voice laced with urgency as it expresses a vision about what is happening today throughout communities in San Francisco, Los Angeles and elsewhere. It isn’t mere entertainment.