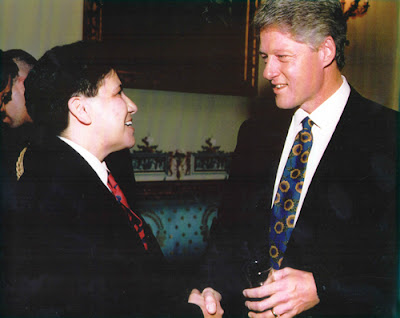 Jonathan Sanchez, co-founder of Eastern Group Publications (EGP), a chain of newspapers that, until a recent consolidation, included the Eastside Sun, the Northeast Sun, the Mexican American Sun, the Bell Gardens Sun, the City Terrace Comet, the Commerce Comet, the Montebello Comet, the Monterey Park Comet, the ELA Brooklyn Belvedere Comet, the Wyvernwood Chronicle and the Vernon Sun, took his leave on December 23rd, 2016. Associate Publisher and Chief Operating Officer at the vaunted East Side media organization, Sanchez was 64.

A life-long Eastside community spokesperson and advocate, Sánchez helmed the business alongside his partner and wife Dolores, with whom he established the business in 1979. He shared his last moments with loved ones after a brief but courageous battle with cancer.

Born to José Vicente Sánchez and Juanita Beltrán Sánchez in 1952 as one of nine in the lively Sánchez brood, the native Angeleno was raised and later established roots as an adult in and around the Northeast Los Angeles communities of Highland Park and Mt. Washington.  Bringing two families together with their marriage, the Sánchez’ purchased the venerable group of community newspapers—established originally in 1945 by Joseph Kovner, founder of the flagship Eastside Sun—and thereby  cemented a rock solid romantic and entrepreneurial partnership.

Over the next three decades, the couple would grow the family-run concern steadily, becoming an important source of news and information in the predominantly Latino east and northeast neighborhoods and municipalities where their newspapers were distributed. Today, EGP newspapers reach more than 106,000 households and businesses as the largest chain of Hispanic-owned bilingual publications in the country, serving the East, Northeast and Southeast sections of Los Angeles County.

During a memorial service held on January 6th at the Pillar of Fire Church on Figueroa and Ave. 49, a standing-room only crowd of family, friends, business associates and civic leaders gathered to celebrate Sánchez as a universally admired father, grandfather and great-grandfather who helped build the newspaper chain into the highly respected community bastion it is today.

Among the many who attended the service to offer their condolences and pay their respects were former California State Assembly Member and Los Angeles City Councilman Richard Alatorre, La Opinión Publisher & CEO Mónica Lozano, L.A. City Council Member José Huizar, Southern California Gas Company Regional Public Affairs Director Andy Carrasco, Council Member Gil Cedillo District Director Conrado Terrazas and Barrio Planners founder Frank Villalobos. Gloria Alvarez, EGP Managing Editor, recalled her step-father’s enthusiasm for politics, culture and commerce as well as his sincere efforts to win her over when he joined the family, giving her and her siblings “space and the opportunity to bring him into the family.”

“Whoever he happened to be with, at the time, always became the most brilliant, the most amazing person,” said Alvarez. Whenever he had the opportunity to introduce her to clients or other media industry professionals, she said, Sanchez could not keep himself from extolling her intelligence and her abilities. “And he meant it. To him it was true. And he had to let everyone else in the room know,” she recalled.  His generosity and genuinely friendly spirit, said Alvarez, were legendary.

“Last Christmas, one of my nephews was supposed to get a leather jacket, but it didn’t happen. When Jonathan realized it, he gave him the jacket off his back,” Alvarez said. “He was a mentor. No matter what, he had time for me. He listened. He gave advice. He was always fighting for us to have a voice, for people [Latinos on the Eastside] to get their fair share. And he and my mom poured everything back into that newspaper.”

“I had the great privilege of meeting Jonathan early on because I was friends with Dolores,” said Richard  Alatorre. “I was there for the forming of EGP and I watched him grow the newspaper. He was a man with conviction and big heart.” Because Sanchez was one of the few Latino Republicans in the community, said Alatorre, “we had some challenging conversations. But he grew on you. I feel honored to have known Jonathan. He was a giant. He really was.”

Teary-eyed daughter Deana Sanchez said, “My dad was someone who made a successful life. He was fun and positive to be around. He was full of life, and I’ve become confident and determined because of him. It’s been very hard to say good-bye.” Her simple, powerful farewell reflected the sentiments of people throughout the community. Her grief-tinged words, spoken through occasional sighs and small, halting attempts to breath,  echoed the feeling among the many whose lives were touched by the newspaper executive who championed similarly independent, community-based news sources and who often lobbied on their behalf as an industry stalwart.

Congresswoman Lucille Roybal-Allard and veteran journalist Gregory Arroyo, an editorial executive at Bobit Business Media, both expressed their regard for Sánchez in the Los Angeles Times, underscoring the indelibly positive imprint he left on the many whom he guided as a mentor, on the readers of EGP publications and those who benefited from his charitable efforts on behalf of the Boys & Girls Clubs of Los Angeles. Arroyo, who got his start in journalism with the East Side Sun, went on to become a reporter for the Los Angeles Times, was part of a team that developed a series of L.A. Times weekly neighborhood editions remarkably similar those the Sanchez’ had been publishing for at least a decade before.

Like Arroyo, Los Angeles Poet Laureate and renowned writer Luís J. Rodriguez cut his teeth as a journalist at the Eastside Sun as early as 1980. “Jonathan was an important person in my life,” said Rodríguez, author of numerous books and co-founder of Tia Chucha Press as well as Tia Chucha's Centro Cultural in the San Fernando Valley.

The passing of Jonathan Sanchez takes on an even more poignant significance here at Brooklyn & Boyle because he was someone who demonstrated that there was and still is an important place for small, community-based publications despite the growing reliance on digital media. Our recent work to resurrect the Theodore Roosevelt High School campus newspaper, the Roosevelt Rough Rider, after an eight-year void is a testament to the lasting contribution of Sanchez and his convictions as well as his optimism and his willingness to forge ahead against all odds.

We remain steadfast in the belief that if we fail to acknowledge those upon whose shoulders we stand, those who paved the way and opened the doors for us, we do ourselves and the community a disservice. It is our responsibility, we believe, to acknowledge the hard work and struggle of those in whose footsteps we have the privilege and good fortune to walk in today.