“Do you love me?” the little girl asks her father while she gazes at the Greek landscape.
“Endlessly,” we hear him respond while the camera continues to focus on her.

The exchange of dialogue, which constitutes this pithy film’s prologue, pays homage to Hitchcock’s sense of crisp minimalism. From the onset, we must brace ourselves for a film where a child is the axis of the story. She is the blonde sun around whom her parents orbit on divergent trajectories.

Luca, the girl, is looking for her own idenity. Her effort to forge herself is reflected  in her eyes. Her referential pillars, her parents, no longer hold up one roof, but two, and they are in separate places, on disparate streets. Luca, an eight-year-old girl, tries to make sense of this puzzle while she grows ever more keenly aware of the world as it unravels chaotically before her in all its mystery.

A psychological drama, Dark Blue Girl resonates with references to classic tragedy where the triangular relationship evokes the mythological dynamics of Elektra and Oedipus. The allusions are particularly evident in how Luca navigates and negotiates her love and loyalites toward her parents.  On another level, the drama echoes the Shakespearean Romeo and Juliet story, where mother (Artemis Chalkidou) and daughter (Helena Zengel) both play Juliet. The father and husband (Karsten Mielke) plays amorous Romeo to his prodigal wife but also protectively and playfully romances his womanly little girl.

Their family is a net of bonds that are intermittently strengthened and frayed. The film shows how love can wound. It also suggests that the only safe cove is our own self-esteem. It is not coincidental that much of this film is shot in Athens and on the island of Santorini. The Greek climate and a sense of human complexity intone their pathos with dramatic interludes. Dark Blue Girl could well have taken its name from the color of the Greek sea… its lapping oscillations symbolic of Luca's to and fro between her paternal and maternal buoys. While Luca feels distinctly attached to each, she doesn’t want them reunited because she is gaining her own footing in the triangular power shifts as a result of her parents’ break up.

Luca, an only child, goes off to explore the island by herself. She traipses along twisting streets as shadows vibrate on white and off-center stucco walls. Uneven pathways veer onto narrow and curving residential alleys punctuated by blue doors. Colors morph into moods. Feelings are perceived as colors in motion, with the mind jostling, stumbling, thrashing about for enduring attachments.

The cinematography replaces the narrator as if in a novel. We’re led into the unfurling sail of the story like a vessel unmoored by random waves of intuition and longing. It is there where the child becomes the adult in a home life that’s another barge drifting without an anchor, steered by self-engrossed adults lacking a sense for the intricacies of child-rearing. Pointedly, the child asks with no guile whatsoever, “Are you my mother?” With four words, she captures one of the film's more telling moments.

The young girl clings to her father and goads her olive-skinned mother, a Greek temptress made flesh, into introspection. Her father suffers from his own shortcomings. He dotes on his daughter excessively.  He is unable to instill discipline in her or impose structure for her because—as a well-meaning but emotionally and psychologically stunted adult—he simply lacks the ability to do so. 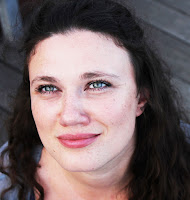 Her mother fares no better. She cannot win her daughter’s love without loving the child's father. He and his wife have lost the force that drew them together. There is no tide pull between them anymore. With his daughter as a witness, he tolerates his wife’s dalliances until he no longer can and moves on with his life apart from her, both he and his increasingly distant partner unaware of how profoundly their lost love affects the child they've brought into the world.

Based on their example, Luca risks developing into a rudderless adult herself. At the same time, the film hints that for love to flourish, it must be both unconditional and empathetic.