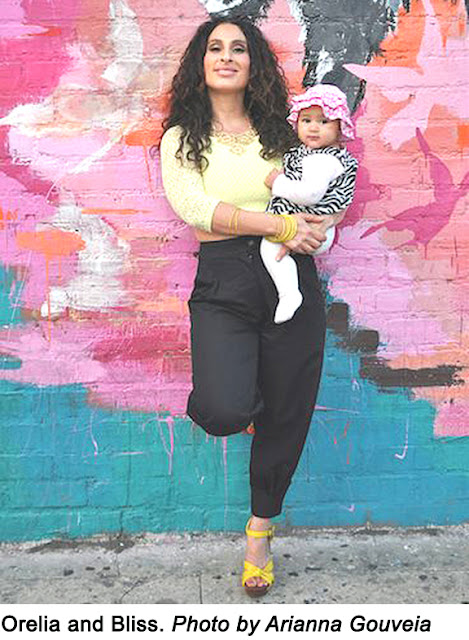 There have been too many miracles to which I have bared witness for me to be pushed around by fear.  These words are not intended to explain what it is like to become a mother, for that is inexplicable. Rather, these words serve as an examination of the hidden truth about being a woman, mother and artist living in a society that has largely abandoned integrity and virtue, valuing not the woman, the artist or the mother.

There is little written on the subject and few to look toward for guidance.  We seldom, if ever, hear from mothers because they are busy wiping asses, earning money and raising God’s creatures in a corrupt world. I sit writing this nighttime in the rocking chair listening for the baby, hungry, dehydrated, exhausted, aching back, in need of a shower, desk piled up, to-dos nagging at me. Yet nothing is more important than to give voice to what time has attempted to be choked back and misrepresented, in turn disrespected and misunderstood: the woman in her full power.

More than ever in history, women experience abortions, miscarriages, rape, infertility, cysts, fibroids, surgeries, divorces, and bad break-ups. This trauma affects the womb and the psyche, breaking the heart and causing deep trouble for the soul. The empty loneliness of loss haunts the woman.  Frida Kahlo brilliantly articulated these dynamics in her work.  She was light years ahead of her time for showing the pain of women.  It is unacceptable to this day. Pain doesn’t make a woman weak, it makes her human.

We’ve been disconnected from nature. Our lives once revolved around cycles, connection to our bodies, and birthing. We lived in villages and intimately helped one another with daily living.  Now, big money is made on disconnecting and dis-empowering women.  Technology replaces human touch and interaction. Our male-dominated society wants to make sure that we depend on doctors and hospitals to bring forth children.  They want us lying down to give birth, isolated and sterilized.

Once a woman shifts into the sacred realm of guiding souls, she is thrown away.  Her divine gift of nurturing a human being to life and through life are usurped by the societal view that she is now washed-up, weak, fat and hormonal. We are written off as mommy-brained nobodies without a life, aspirations or needs. Women are luminaries that have been hushed and choked into silence. Media pounds people with the idea that a woman is only worth her weight in perky titties, slimness and her willingness to play by the rules remaining stacked to men’s calling.  When a woman manifests into a mother she is instilled with doubt and fear and taught to question her instinct.

Mothers operate on instinct. Artists operate on instinct. Instinct is love. Love has been replaced by fear more than ever before. We are in desperate need of healing on this planet. Greed has pulled people away from consciousness and purpose into the despair of violence and destruction. At this critical time women must not only raise children, but honor our own power and purpose like never before. The world needs us to be in alignment within ourselves. It is then that we can navigate this uncharted territory with clarity, leading our planet toward healing.
Can we really be this powerful? We can’t afford not to be.

Mothers are spirited, fierce and powerful creatures with passion that critically needs nurturing. To be a gateway for another soul to thrive, women must be greatly nurtured themselves. Each living thing needs something different to grow. Succulents need to be watered seldom. Whales live on fish and plankton.  Bees live on flower pollen. I live on art.

My daughter came to me to stay exactly 20 years after the first time I was pregnant.  My body was a war zone, recovering from violations and the disillusionment of my troubled childhood. I died in this life several times and spent these past 20 years recovering my soul. It was art that breathed the dragons from me. From San Francisco to New York to Europe to Los Angeles, I channeled the pain of all I’d experienced into my work as a writer, director, producer and performer. This was how it could be made sense of. This was how it could find a home in which to alchemize from blood, dirt and the spit of others, to the view out the window of flowers, lights and the moon that eventually became my reality. It was art that gave me life to breathe. I cannot stop now.

My work in the theater prepared me more than anything else in this life for motherhood. In the theatre, we work tirelessly and endlessly and thanklessly. We dive into the depths of the human condition, demanding the most of our souls, finding the truth in a character and the message of a play. On our “off time,” we work to the bone to bring cash in because theater is mostly unfunded. The United States has yet to value the arts and so we struggle.

Audre Lorde, although a lesbian, was once married and birthed two children. She made some of the greatest literary contributions to world letters a woman ever has, exposing the vulgarity of surviving breast cancer in this patriarchal structure. Rest in power as well to dear Maya Angelou. whose recent passing evoked an even deeper reflection and respect for the fact that she was a teenage mother whilst hustling to survive.  Yet she managed to change the entire world with her work.

In the spirit of these brave women who came before us, we must tell our stories. Women have only been citizens about 150 years, allowed in colleges about 100, reading books in those schools written by men. It is time we make a fierce decision to collectively get our work out there to the world regardless of judgment or resistance.

Even if there is fear in expressing ourselves and living our truth, Lorde reminds us to find our true selves, saying, “When I dare to be powerful, to use my strength in the service of my vision, then it becomes less and less important whether I am afraid.”

Originally published in Brooklyn & Boyle, Vol. 5, No. 5, July, 2014, the above article is posted it here courtesy of the author. Reach her at blissrootsandwings@gmail.com