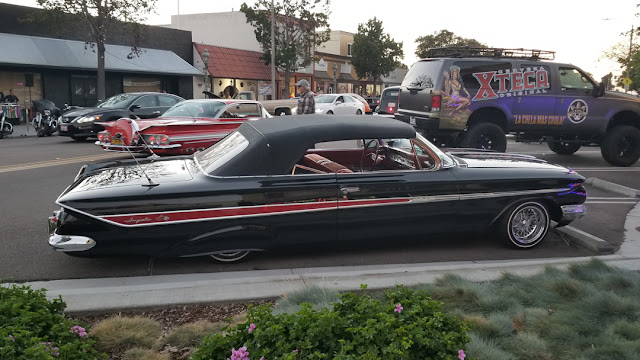 Motivated by their shared passion for cultural expressions—among them the Lowrider custom car and lifestyle traditions as well as Golden Oldies R & B music—rooted in California’s Mexican American and Chicano communities, a group of San Diego entrepreneurs has successfully, if somewhat quietly, introduced Cerveza XTECA to SoCal craft and microbrew enthusiasts after three years of research and development.

Made available on tap at a number of the most popular pubs and tap rooms across San Diego County in February, 2018, XTECA, the world’s first Mexican-American lager, is the flagship brew from the eponymous craft beer company co-founded by business and civic leader Fred Sotelo, creative director and artist Mario López and nationally syndicated radio personality Xavier “The X-man” Soriano. XTECA, the craft beer they developed together while learning to be brewers, has become San Diego’s breakout microbrew and craft beer aficionado favorite!

Carefully crafted and perfected by industry professionals with input from family members, friends and craft beer enthusiasts, the locally conceived, crafted and brewed beer has benefited from strong word of mouth and community support based on its bold yet smooth taste. Despite a limited marketing campaign, the vividly creative roll-out featuring original artwork by Mario López has become something of a touchstone for Hispanic community pride, an added brand value its brewers did not foresee but are extremely happy about all the same.

The appearance of XTECA’s iconic Mesoamerican maiden on tap handles from Little Italy to Ocean Beach and Chula Vista this February was the culmination of a three-year effort to create a beer that would appeal to both the discriminating craft beer lover while also providing the greater Tijuana-San Diego Chicano-Latino community an authentic, approachable and—above all—tasty brew they could be proud to call their own.

This summer, celebrating the unprecedented success of the craft beer that has taken the Southern California microbrewery scene by storm, Sotelo, his wife Linda, daughters Briana and Ciara and several volunteers broke down the XTECA booth just a few feet from the shoreline at Bayside Park in Chula Vista where the annual Día de San Juan Salsa Festival was winding down. As an event sponsor, Cerveza XTECA had provided 21-and-over refreshment at cost—roughly $2 per 16-oz. plastic cup, according to Sotelo—with the mark up on each beer sold going directly to the non-profit festival organization. 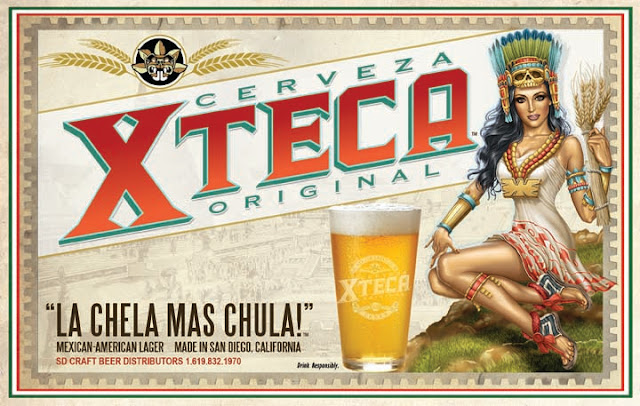 Sotelo makes it clear that XTECA was not inspired by the homebrew and brewpub explosion that has made San Diego the craft and microbrewery capital of the country. He and his partners simply responded to a natural market demand, he explains, one specific to the Mexican, Mexican American, Chicano and Latinx market segments. XTECA was developed primarily to meet the need for a subtle, smooth, high-quality lager as sophisticated and nuanced as any of the craft beers currently produced in the San Diego area.

The XTECA brew crew, however, made a concerted effort to position their product in a manner that distinguishes it from the trendy fare already available at craft beer tasting halls, microbrew bars and tap rooms often associated with the gentrification process that has displaced many long-time residents of local neighborhoods and has frequently resulted in the appropriation or misrepresentation of Chicano, Latinx, and Lowrider cultures. 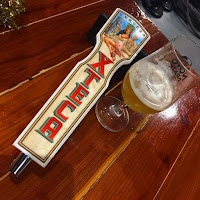 For Sotelo and the XTECA team, the mandate was simple: “To brew the BEST tasting and competitive quality beer products, aligned with the values and heritage of Multi-Gen Mexican Americans. To make it a genuine, palatable, and appealing brand reflective of the high standards XTECA drinkers and Latinx craft beer enthusiasts in general have come to expect from the products they purchase.”  In a sense, “XTECA as a movement contained in every sip or swig of beer.”

“In 2015, Xavier, Mario and I got together. We’d been hanging out since 2002 when Xavier got to San Diego, going to car shows, festivals, working on cars, going out to eat or to each other’s houses,” Sotelo says. “During this time we were always asking ourselves: Why isn’t there a beer that we ALL like? Whenever we’d go places, like a new bar, for example, they’d have all these beers that were either too hoppy or too bitter or too something. Nothing that made us all go, WOW! We can all drink this.” Domestic beers and some imports, he laments, often felt watered down, and many of the European imports came with a “funky aftertaste,” he confides, setting the stage for an abbreviated retelling of the Cerveza XTECA genesis.

As much a dream nurtured at backyard barbecues as the heroic tale of a beer company in the making and its search for the perfect recipe, the XTECA story was not one nurtured and told by beverage industry executives or tasked to master brewers fulfilling a beer legend ‘niche.’ According to Sotelo, it was and remains the narrative of a group of close, long-time friends who have all made lives out of defying impossible odds and who knew what they wanted in a beer.  More of an improvised playbook, written and illustrated by industry underdogs than a classic instruction manual, it is the story of honest to goodness, come-from-behind dudes who are nonetheless experts in marketing, creative, media and—most importantly—have earned status as true, genuinely credible voices in the Mex-Amer, Chicano and Latinx community. They are the real deal. And they love beer.

“When we got into this game, we weren’t brewers,” Sotelo confesses. “So we set out working on a recipe and formula that everyone we know and hang out with, our friends and our family would like.” Settling on a slightly modified version of the traditional Mexican lager formula as a starting point, they had a loosely defined goal line. But they were still short a coach, a guide who could direct their efforts, lead them and teach them what they needed to know in order to get there.

“What did we do? We enlisted the help of Lisa White, co-founder of White Labs, a yeast company that focues on the art of fermentation to develop a base formula and a basic direction for the recipe,” Sotelo continues. “With this in hand, we went to my nephew Carlos’ [Appel] house. He’d been homebrewing his own custom recipes for about ten years, and has a half-barrel system.” With Appel in the allegorical dugout calling plays and making adjustments and an initial $600 outlay for the ingredients required for a first-run at beer-making, described by Sotelo as a seriously scientific laboratory exercise in biochemistry, they began.

“We brewed the first batch, and it was exciting because Carlos was doing it,” Sotelo says. “Afterwards, we bottled it.” Because it was produced in the half-barrel system Appel has installed in his home, the first Cerveza XTECA stock would have filled three small kegs, but everyone agreed that bottles would make for easier sampling and refrigeration.

“Big companies pay a lot of money for research and development. Sometimes the honesty of the product is lost in the process. Being Chicanos and Latinos, [when] we have an idea, we take it to our moms and our aunts and our cousins because they’re brutally honest and will tell you if it’s awful,” Sotelo says of the homegrown ‘focus groups’ assembled to sample their freshman attempt as brewers. “We took it home, braced ourselves for the no-filter, honest responses. But everyone liked it.”

Sotelo readily admits that the initial XTECA brew-up, based on a preliminary recipe and produced in a custom, home-based, half-barrel system allowed the maverick, upstart San Diego brewing team to tweak and fine tune the recipe as well as the complex brewing protocols with a greater degree of control and precision.

Addressing the subsequent challenges and victories he and his business partners would confront in their efforts to make XTECA available in restaurants, brewpubs and nightspots, Sotelo himself reverts to the custom car as a way to illustrate the approach he and his associates took: “All of us have built cars. I built my first car when I was sixteen,” Sotelo says. He admits that while he knew what color he wanted for the car, the kind and style of upholstery, tires and rims, he knew next to nothing about auto-mechanics or auto-repair. But he knew what he wanted and who was good at those various things. He was able to bring them all together in the spirit of excellence, brotherhood and community because he, in turn would be available to help when any of them needed a hand.

Sotelo proudly expresses his gratitude for the exemplary XTECA team, partners and White Labs, a forward-thinking yeast company that supports the craft industry above and beyond a critical role as the source of an essential ingredient in the fermentation process. Staff at White Labs work closely with start-up brewers like the group at XTECA to save them time and money throughout the  painstaking process required to develop the skills and practical knowledge necessary to become part of San Diego’s community of beer crafters, brewers, brewing companies and distributors.

Saving the best news for last, Sotelo is thrilled to announce that XTECA is now available in cans and will be expanding into Los Angeles and Bay area in the coming months featuring its signature Cerveza XTECA iconic Mesoamerican warrior princess artwork and brand identity, as carefully thought out and designed as the beer recipe itself. For more information or to schedule a tasting/sampling event in your area, call (619) 832-1970. Please visit  www.CervezaXteca.com for the latest news about XTECA.