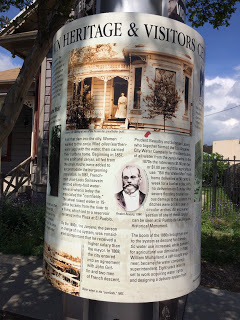 For well over two decades, Angels Walk LA has focused its efforts on preserving and commemorating the important history and special character of L.A.’s diverse and culturally rich neighborhoods. And for the next two months, historic and modern-day Boyle Heights will be at the center of the unique work and ground-breaking contributions to historical preservation that Angels Walk offers greater Los Angeles as it develops a self-guided historical walking tour with support and input from the Boyle Heights Historical Society (BHHS), lifelong neighborhood residents and community stakeholders.

Journalist and Chicano art historian Abel Salas, a founding editor at Brooklyn & Boyle as well as a 22-year resident of L.A.’s East Side, has also signed on to assist with the research and writing part of the project. “Angels Walk Boyle Heights,” comprised of 15, all-weather, outdoor informational stanchions and a companion guidebook, will highlight and celebrate the people, places, and history that have made and continue making Boyle Heights such a significant Los Angeles neighborhood.

A user-friendly print and online guidebook will expand on the information provided by the stanchions and feature additional sites along the walk. The guidebook comes complete with an attractive, easy to read map, a survey of recommended restaurants and cultural spaces,  and a listing  of equally significant sites “Farther Afield” which may also be indexed as “Side Strolls” and can be reached on foot, via bus or by car. Along with the sites included as part of the walk, these locations come alive in the guidebook with contemporary and historical photos.

The walking tour is meant, says Salas, “to be as educational as it is entertaining for long-time neighborhood residents, those with a family or ancestral connection to Boyle Heights, visitors to Los Angeles who understand that the best of L.A. is always off the beaten path and even the occasional visitor from another part of the city alike.”

“I’m proud to contribute my time and energy to this project because it’s where I’ve lived most of my life and where I raised my kids,” says Alex Tenorio, a 1959 graduate of Garfield High School and an active BHHS board member. “My wife is Japanese-American born-and-raised in Boyle Heights and a graduate of Roosevelt High. I think it’s important that our young people learn to appreciate our community’s beautiful multi-hued history.”

Since its beginnings as home to indigenous Gabrielinos—whose villages straddled the river baptized El Río de Nuestra Señora La Reina de Los Ángeles de Porciúncula (The River of Our Lady the Queen of the Angels of Porciúncula) by the original Spanish-speaking settlers who founded the City of Angels—the area now known as Boyle Heights has figured  in the collective memory of greater Los Angeles. From it days when it’s western boundary, which consisted of modest cliffs that looked down upon a still wild and untamed Los Angeles River, was referred to as “el Paredón Blanco” (the White Bluffs) to its more recent acknowledgement as a mariachi world capital, Boyle Heights has long been at the forefront of L.A.’s most civic, cultural, commercial and socio-political shifts, upheavals and achievement.

“I tell people that I wasn’t born in Boyle Heights but I got here as quick as I could,” muses Salas. As “ground zero for both the Chicano Movement and Chicano art for over half a century,” he says, the area “has always tugged at my soul and held an important place in my heart.” With “Angels Walk Boyle Heights,” Salas and honorary semi-adopted family among the BHHS as well as many other community elders and leaders with roots in the neighborhood will have the opportunity to tell the world-at-large just how special Boyle Heights really is.

Diana Ybarra, who describes herself as an “amateur historian,” was raised in Boyle Heights and is also on the BHHS board. She is pleased to lend her expertise to the “Angels Walk Boyle Heights” initiative and enthusiastically offers her extensive insight on a subject she has researched thoroughly. An advisor on the committee which helped organized the “Boyle Heights: The Power of Place” exhibition in 2002 at the Japanese American National Museum and a frequent volunteer at the Homestead Museum in the San Gabriel Valley, Ybarra says she has learned to appreciate Boyle Heights much more since moving away from it. “When I was young, I couldn’t wait to move out and go somewhere else. Now, I’m running out of room at my house because of all the books, files and boxes of research material on I’ve collected.” 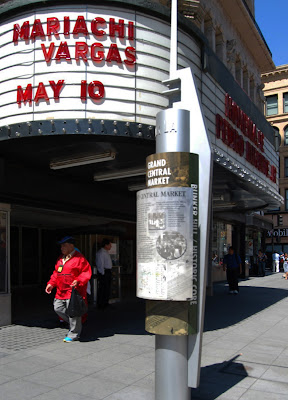 “We’re interested in telling the Boyle Heights story in a way that is mindful of lifelong neighbors, longstanding stakeholders, and hard-working people who have made their homes there for decades and are wary of displacement. At the same time, we would like to make it interesting enough to those unfamiliar with the neighborhood who might enjoy getting to know the community in a more meaningful way,” says Salas.