Boyle Heights - African Americans Were There, our organization, seeks to develop a historical perspective documenting the early arrivals and the continuous influx of our elders into this vibrant and multicultural community. Through stories, pictures and more, we work to present the facts surrounding our existence. We work to restore our history.  And equally as important, we work to educate the public. Please contact us (626) 296-2777 with stories or other information regarding African Americans in Boyle Heights. The stories of Black families in Boyle Heights have a common thread—moving from Boyle Heights but coming back to the “home place,” race relations, and the unique ability to never be too far away from their local relatives. African Americans N Boyle Heights - We were there stories focus on where they worked, where they came from, their hopes and dreams.

African Americans who settled in Boyle Heights formed a tight knit family oriented community and they encouraged their relatives who were leaving the South to join them—a welcome mat was spread. Deborah Lewis and her sister Denise Williamson, whose cousins, uncles, aunts and grandparents all lived within blocks of each other on Michigan Ave., New Jersey and Savannah Streets, say growing up in the1960s they never had family reunions which began being popular during those years.

“We saw all our folks, uncles, aunts, cousins and grandparents all the time, because they lived next door, around the corner and up the block.  We saw them every day.” The two sisters, the children of Bill and Alease Lewis grew up on Savannah St. with their maternal grandparents, Edith and David Williams living in a house next door to the left and paternal grandparents, Maude and Rupert Lewis, living next door on the right.

Grandma Williams’ home was a meeting place for small church groups and many other community activities, they recall. 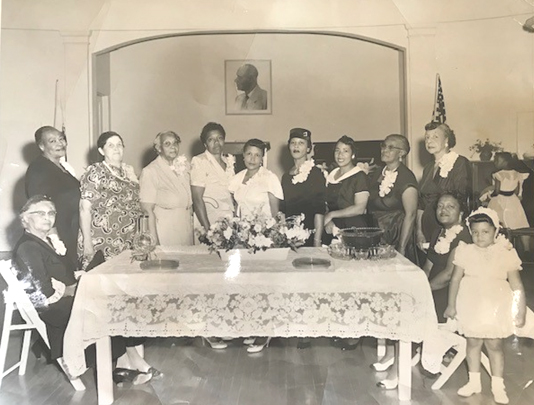 Deborah and Denise are quick to talk about the “oversight committee” of relatives and how all of them stood firm with the rules that were in place governing their activities and behavior. The two sisters were not allowed, as teenagers, to go, unsupervised, to the Brooklyn Theater, the neighborhood movie house, where they remember seeing their first movie. This theater, a long ago Boyle Heights treasure, like other landmarks from back then, no longer exists.

In those days, a neighborhood movie included, along with popcorn, a main feature, a newsreel, previews of coming attractions and cartoons.

Another no-no for Denise and Deborah was Aliso Village, the housing project located West of Boyle Heights just before crossing the First Street Bridge into downtown Los Angeles.

In place of an unsupervised growing up experience, their mom made sure her girls were enrolled in many youth activities throughout various Los Angeles communities. One of those activities was Sing-Out LA, a local cast of the then nationally prominent Up With People group. This, they say, kept them busy every weekend.

Denise attended First Street Elementary, Hollenbeck Jr. High and Roosevelt High. Like many African Americans who settled in Boyle Heights, the family moved to the “Westside” which meant Deborah, the younger of the sisters missed attending Roosevelt like her sister, who graduated in 1970 and like their father, a Rough Rider who graduated in the ’40s.

The underground tunnel on First Street? Geez, who can remember that?

No longer in use, it is this crossover under First Street at Savannah that Denise laughs about when she’s asked whether she used it to get from the North side of First Street to the South side where her elementary school was located.

“Oh my gosh!  That tunnel. Twice a day everyday.”

And so much like the memories of many kids who were lucky enough to grow up in multi-cultural Boyle Heights, Deborah has fond recollections of attending events that introduced her to other cultures like the Japanese Festivals at the nearby Rafu Chuo Gakuen, the Japanese language school located on Saratoga Street just behind the Lewis house on Savannah.

And like many other families who moved away from Boyle Heights and came back, Denise, when grandmother Williams died, returned to the family properties, which had become apartment units after the three homes (grandparents and the sister’s parents) were demolished for the expansion.

Ed. note: we are extremely fortunate to have award-winning columnist Shirlee Smith as a contributing editor here at Brooklyn & Boyle and proudly bring you her exclusive articles. Reach her at talkaboutparenting@gmail.com with a word of thanks, well-deserved praise, or your own family stories.