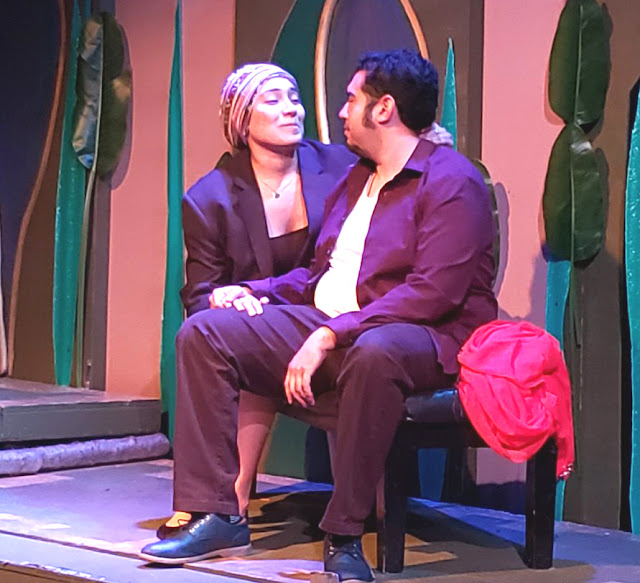 
Now in its eighth consecutive year and armed with an all-new slate of original, one-act stage works written, produced and directed exclusively by women, Chicanas, Cholas, y Chisme—the riotous homegrown theatrical hit—returns to Boyle Heights in its funniest, edgiest and most moving configuration yet. Opening this weekend at Casa 0101 Theater, the now annual ensemble production was conceived originally by playwright and community cultural arts advocate Josefina López, the prolific writer who founded Casa and serves as its artistic director.

Developed under her guidance and introduced with a modest production during 2012 in a converted row-style storefront location one block west of the current Casa 0101 address where López’ unique vision for a Boyle Heights theater and arts district was initially incubated and nurtured,  Chicanas, Cholas, y Chisme was, she says, a response to the glaring absence of Latina women among the cliquish, male-dominated director and producer apprenticeship pipelines designed to prepare emerging entertainment industry as well as the non-profit cultural arts sector professionals. From its inception, she continues, Chicanas, Cholas, y Chisme sought to empower Latinas “by giving them the tools to develop new creative works.”

“Each of the playwrights also takes on the role of director and associate producer, making it an entirely Latina driven production,” says veteran producer Claudia Durán. A part of the production team from the start, she is proud to have since presented 100 original plays written by aspiring to seasoned writers who range from working-class single mothers to academically credentialed college instructors. And she is particularly pleased to note that the production has grown four times over within a span of less than ten years.

Joining the organic, loose-knit collaborative team for the first time this year, well-known Boyle Heights community activist and artist Mónica “Vegan Moni” Pérez bristles with excitement and justifiable pride at the opportunity to see her work fleshed out and animated by professionally trained actors on stage in a state-of-the-art theater. For her, there is nothing quite like the high that comes with seeing a cast of talented actors breathe life into her words while supported by a crew of experienced lighting, sound, set and costume designers.

As a cancer survivor, and thus a literal “die-hard” guardian of the neighborhood, Pérez was able to complete, as a result of her participation, a powerful paean to life on the East Side titled “Let it Go, Esa.” Written in honor of her friend, acclaimed poet and author Michele Serros—just 48 when cancer claimed her life and cut short a promising literary career five years ago—the play began as a composite of shared memories. But the effort became as much a celebration of the barrio that sustained and strengthened Pérez when she was forced to face her own mortality in the mirror held up by Serros as a fallen Xicana sister as it was a tribute to her as a celebrated writer.

“It’s a great feeling, to be at this place in my life,” says Pérez. “because, you know I took a break for a while, right? From the ‘Vegan Moni’ stuff… about three years.” When her independent, successful vegetarian micro-catering service [Vegan Moni] became less challenging and no longer a way to slake her thirst for life-affirming creative expression, she enrolled in art-making workshops at Self-Help Graphics. Motivated by its thematic premise this year, she also made the fateful decision to join the women putting together the latest incarnation of the show, Chicanas, Cholas, y Chisme: Womxn in Herstory. She is grateful, she says, for the chance to see and learn first-hand how a theatrical production comes together “and everything that’s involved.”

“I remember how Michele and I used to crack each other up. We would compare notes and compete  over who was the best cancer girl,” recalls  Pérez, who emphasizes how supportive it was to work alongside so many other great writers who contributed the current production. These include Ángela Estela Moore, Elena Domínguez, Lorena Marisol Ortega, Mari Mercado, Cinnamon Rivera, Mariana Herrera, Julie Reyes, Victoria (Tori) Ortega, Rosa Lisbeth Navarrete, Sherezada Caballero, Sujey González, Doreen Sánchez, Suzanne Linares and María G. Martínez.