¡VIVA LA MUJER! How to Grab a Cloud by María Elena Fernández 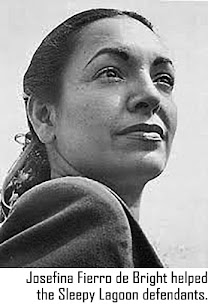 Celebrate International Women’s Day, my charge.  My fingers rebel, searching for something to celebrate.  Viva la mujer?  Can’t do empty platitudes. Or one-dimensional profiles of the heroines who fascinated me when I was younger, like Josefina Fierro de Bright (pictured left) and Luisa Moreno.  Both played key leadership roles defending the rights of immigrants in the late 1930s and in 1942 spearheaded the Sleepy Lagoon Defense Committee that secured a successful appeal when 11 Latino young men were convicted of murder with no credible evidence. I elevated their elegant portraits gracing book covers to the level of heroines and icons.
But digging deeper, I find out one became infertile after a back alley abortion; the other was estranged from her daughter who she often left in the care of others, and by 1950, their organizations crushed by McCarthyism, they were deported or fled to their native countries.  And I, too, was crushed. Turns out I did need them to be one-dimensional and invincible. Now complicated and vulnerable, I don’t want them anymore, they just remind me of my own vulnerabilities. 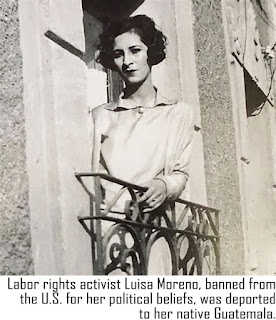 Or at 55, am I just jaded?  Maybe just sad. Didn’t have the family I wanted to have, nor forged the big writing career.  The artist’s life and the egalitarian bohemian family have eluded me. A college teaching career instead, a world traveler, no pareja, no children, a bon vivant, they say. And tired.
No doubt diminished and depleted from four years of being battered by the misogynist and white supremacist in chief.  Barely survived the daily abuse and pummeling, barely made it to the finish line. And the women’s voices I hear around me, reverberating in my ear are of struggle, the same ones, old, persistent.  I hear the words of my colleague and picture her in her small square on the screen of the Zoom faculty meeting. Overwhelmed with having to fulfill all her work obligations and also care for her young children and no provision for childcare or family leave in sight.
On the verge of tears, her words that pierced the flat screen, “We’ve been abandoned by the university and by the state! They’re telling us it’s impossible to be a scholar and a mother!”
I hear my chingona artist girlfriend’s voice, soft, tired, whispering that the bohemian artist family that she built, (the one I dreamed of) after more than a decade of cheerfully cooking and cleaning for them every day, includes a partner who, nowadays, when she is ill in bed, is no longer attentive to her. Multiple mealtimes forgotten.
Reality check to our big, fervent feminist dreams out of college. We became intellectuals and artists, not only first generation college grads, in fact, but in many cases, first generation high school grads. We achieved dreams far beyond the reach of our mothers and grandmothers. But we didn’t imagine ourselves still snarled in the same societal tropes they had been: woman as family servant, the pathetic old maid, and so many others.
These are the battle of those of us who were able to go to college.  I haven’t even touched on poverty, or the subject of sexual abuse and assault for one in five women across classes.  Yeah, no thanks. Because then I’d have to remember I’m one of them.  Not right now, I can’t.  And then there’s the issue of femicides widespread across Latin America, and what about domestic abuse?  All undergirded by misogyny.
I know it’s a lot, but I have to also ask, why are we dying? Light and life of our community, 43-year-old Soraya Medina, our food justice and joy advocate didn’t make it, and neither did my friend, Kelly Madison. African American age 54, a professor, like me, she taught at Cal State LA.  She died of cancer too, age 54, she was two weeks older than me. I used to talk to her on the phone every day, she was my comadre. Why do I know so many Latinas who died of cancer so young? Martha Soto (42), USC Professor María Elena Martínez (47), Michelle Serros (48), Estella Lara (49).  My friend, Nanci Luna Jiménez, who devotes her life to guiding people in healing the effects of internalized oppression, reminded me, “When someone dies that young, María Elena, it’s because of oppression.”
Yet still I can peek out from under the heavy and blinding weight of these realities, still I can see. Thanks to the last decade waking up to the agitating burden of rage, resentment, sometimes even bitterness that I had cultivated for two decades since college.  Now slowly, consciously starving it, I can see that all these forms of oppression weighing down this page are created by patriarchy, they clamp down on us, we internalize them, play into them, shame ourselves and we become ill. I can see that actually these distortions, accusations, violent attacks have nothing to do with us. They change nothing about our value. We remain whole, sacred, powerful, carriers of life, wisdom and healing, builders of community.
Why is this so hard to remember? 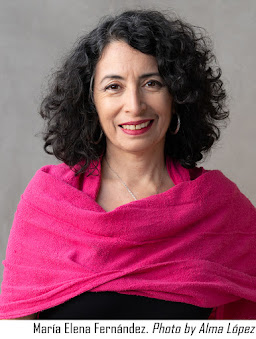 They didn’t tell me that in college. They told me about the mass deportations and repatriations of Mexicans in the 1930s, the eugenics movement that “scientifically” proved the superiority of Anglo Saxons based on skull size, that women only earned 60 cents of every dollar a man earned, that the Chinese were excluded in 1882.  I’m so grateful. That’s how I knew our comparative wages, lower levels of education, over-representation among the working poor, depictions in the media as mostly maids, prostitutes, criminals and undocumented immigrants were not our fault. But still, it was the long litany of exploitations, that I remembered.
Thankfully, I was also told that it was all a social construction. Actually, feminism taught me that. Thank you. Now that I am a professor, a historian, this is what I preach the first day of the semester. “It’s made up,” I tell my students, and I trace the origins of racial hierarchies in the U.S. to Jamestown, Virginia in the 1630s. “These hierarchies are created by those in power to stay in power and get those in the lower classes to ally with them. Four hundred years of white supremacy will take a long time to turn around. But notice our progress, that you are in college, that I am at the front of the classroom.”
This is always the searing, central point early in the semester. But it’s not quite the same as It has nothing to do with us. I always struggle to remember, and when I do, I tell my students.  Whether it’s in response to the establishment of the racial hierarchy in the 1630s or to Trump’s vilification and persecution of our communities in the 21st century, “The rhetoric, the policies, they have absolutely nothing to do with us. Our intrinsic worth does not change.  We know our people are good, that our cultures are beautiful.”
It’s impossible to read the 20 small, mostly brown faces on the first page of my Zoom screen.  I can hear myself say the words and they sound like a sweet hard candy, hollowed out inside or the banging on an empty tin, not a philharmonic filling up the soul.  Probably because I have a hard time remembering this truth.  Probably because I don’t fully believe it. Yet.  Why else would I forget all the time?  This truth feels like a cloud floating around me that I periodically notice, but it’s floating away and when I reach for it, my hand goes right through, but at least I can explain that it’s a cloud.
And this is progress. I am realizing that last semester, Trump’s last months in office, was the first time I said it in class. I remembered to say it again this semester. I hope that one day soon as the cloud hovers near, it will deliver rain daily so I can fill my cup and drink from it daily.
At this moment my cup is full, and I see clearly that it’s remarkable that we’ve done all that we have despite how we have been painted or even smashed into a corner. And that we celebrate this day because it’s the day that we get to say who we are, not let them tell us who we are, as Kamala Harris, our first female vice president of color, said, quoting her mother.
Because if we can remember who we are and not internalize what they say and do to us, we can live fruitfully into old age like we are meant to, like Josefina Fierro de Bright and Luisa Moreno did, both into their eighties.
Viva la mujer?  Yes, que vivamos.
María Elena Fernández is a writer, performer and professor of Chicanx Studies at Cal State Northridge. She also is one of the conveners of the monthly Zoom culture and dance party SALA.